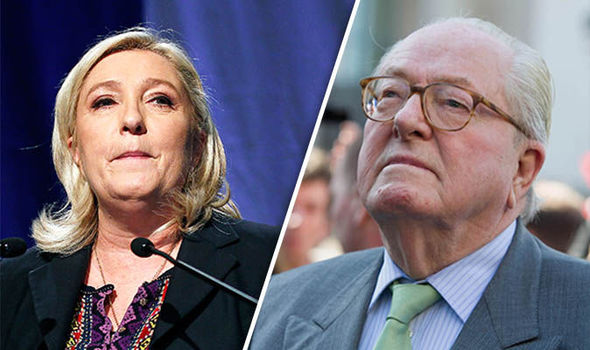 Marine and Jean-Marie Le Pen
Share:
The Front National will be renamed after Marine Le Pen’s failure to win the French presidential election, its deputy leader has said according to Reuters.

Florian Philippot, speaking after Emmanuel Macron’s comfortable victory in Sunday’s run-off, said the party would regroup and would not be called the Front National.

Ms Le Pen said that the far-Right party must be relaunched after conceding defeat.

She had temporarily stepped down as leader of the Front National inbetween the first round of voting and the run-off in an attempt to broaden her appeal.

Jean-Marie Le Pen said on Sunday evening that his daughter’s bid for the presidency had been undermined by its promise to ditch the euro and hold a referendum on EU membership.

“It is the problems of the euro, of Europe, of pensions which have dragged down the campaign of Madame Le Pen, I think,” said Mr Le Pen, who founded the Front National in 1972 and was expelled from the party in 2015.

“I think we must speak to France about the real problems, demographic problems, problems of mass immigration,” he told RTL radio.