Merkel endorses Macron : “would be strong president for France” 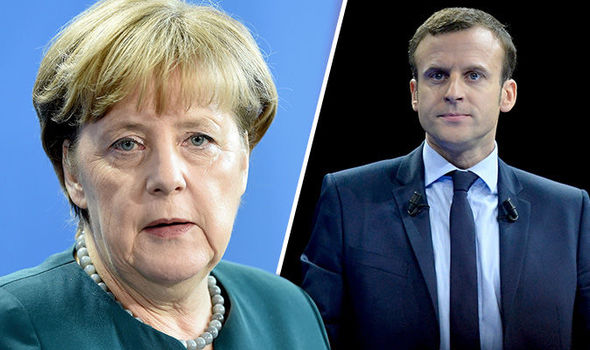 German Chancellor Angela Merkel said on Friday that Emmanuel Macron would be a strong president for France and she hoped he would win a run-off on May 7 against far-right leader Marine Le Pen.

As runner-up in last Sunday’s opening ballot, Le Pen remains the underdog going into the run-off, but several polls have suggested she made a more impressive start to the last lap of campaigning than her rival Macron.

“I haven’t the slightest doubt that Macron, should he win, which is what I hope for, would be a strong president,” Merkel told the RND newspaper group in remarks to be published on Saturday.

Asked if Macron would have to prove that he wasn’t “the German poodle” to win credibility among the French public and EU peers, Merkel said: “This term is simply absurd.”

Macron is enthusiastic about the European Union and wants to enact pro-business reforms to boost growth. Le Pen has vowed to shut France’s borders to immigrants, unwind EU institutions and restrict imports to protect jobs.

Merkel said any demands by Macron that Germany increase its contributions to the European Union would have to be discussed after the election.

“We will see. I can’t anticipate the discussions with the future French president,” she said.

Germany holds a national election on Sept. 24. Merkel’s conservatives are five percentage points ahead of their center-left Social Democrat junior coalition partners in the polls.