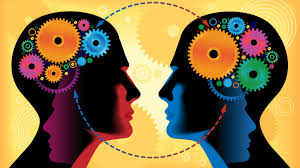 A device that can read people’s minds by detecting their brainwaves has been developed in a breakthrough that could eventually enable people with “locked-in syndrome” to communicate.

The system was only partially effective with a 90 per cent success rate when trying to recognise numbers from zero to nine and a 61 per cent rate for single syllables in Japanese, the researchers said.

But, nonetheless, a statement about the research issued by the Toyohashi University of Technology in Japan said it showed that an effective device to read people’s thoughts and relay them to others was possible in the “near future”.

They even suggested an “easily operated” device with a smartphone app could be ready in just five years.

An electroencephalogram (EEG) was used to monitor people’s brain waves while they spoke.

The brain waves were then matched to the syllables and numbers using “machine learning”, a process used to develop artificial intelligence.

The statement said the researchers had “developed a technology that can recognise the numbers zero to nine with 90 per cent accuracy using brain waves, or electroencephalogram (EEG), while uttering the numbers”.

Brain activity appears to continue after people are dead

The researchers said other attempts to use brain waves to understand people’s thoughts had struggled to understand what was being “said”.

“Up until now, speech-decoding from EEG signals has had difficulty in collecting enough data to allow the use of powerful algorithms based on ‘deep learning’ or other types of machine learning,” the statement said.

“The research group has developed a different research-framework that can achieve high performance with a small training data-set.”

They now plan to develop a “brain-computer interface” that can recognise words that are merely thought and not spoken.

“This technology may enable handicapped people, who have lost the ability of voice-communication, to obtain the ability once again,” the statement said.

“It is also expected that the technology would give a healthy person the most natural interface without any limitations as well.

“Furthermore, the research group plans to develop a device that can be easily operated with fewer electrodes and connected to smartphones within the next five years.”

The statement was released ahead of a conference later this year where the research will be presented in more detail.

A separate study published earlier this year found that brain activity continued for about 10 minutes after a person was declared clinically dead.

Similar brain waves as found during sleep were reported during this period.
INNDEPENDENT .UK