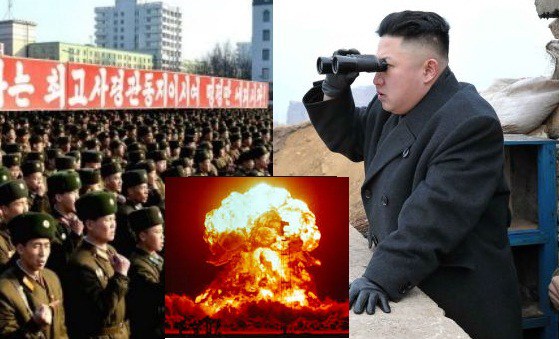 Foreign journalists visiting North Korea have been told to prepare for a “big and important event” on Thursday, although there were no indications it was directly linked to tensions in the region over the isolated state’s nuclear weapons program.

Around 200 foreign journalists are in Pyongyang as the country marks the 105th birth anniversary of its founding president Kim Il Sung on April 15, North Korea’s biggest national day called “Day of the Sun”.

Officials gave no details as to the nature of the event or where it would take place, and similar announcements in the past have been linked to relatively low-key set pieces.

In 2016, for example, foreign journalists underwent hours of investigation by North Korean officials ahead of what turned out to be a pop concert to mark the finale of a ruling Workers’ Party congress.

But tensions are running high, with a U.S. Navy strike group steaming toward the western Pacific in a show of force and North Korea warning of a nuclear attack on the United States at any sign of American aggression.

Chinese President Xi Jinping called for a peaceful resolution to the North Korean problem in a telephone conversation with U.S. President Donald Trump on Wednesday.

In April, 2012, North Korea attempted to launch a long-range rocket ahead of the 100th Day of the Sun. State media later confirmed the launch had failed.

On Wednesday, North Korean officials told foreign journalists in Pyongyang invited to mark the national holiday that their schedule had been canceled, and to instead meet early on Thursday to prepare for a “big and important event”.

Visits by foreign journalists to North Korea are rare and tightly coordinated, and security checks at events attended by leader Kim Jong Un are especially rigorous.

North Korea often uses such visits to showcase new construction projects. In recent weeks workers have been putting the finishing touches to the skyscraper-lined “Ryomyong” street in central Pyongyang.

Kim has made frequent visits to the street to inspect construction work there, according to state media. North Korea has in the past marked its April 15 holiday with tightly choreographed military parades.