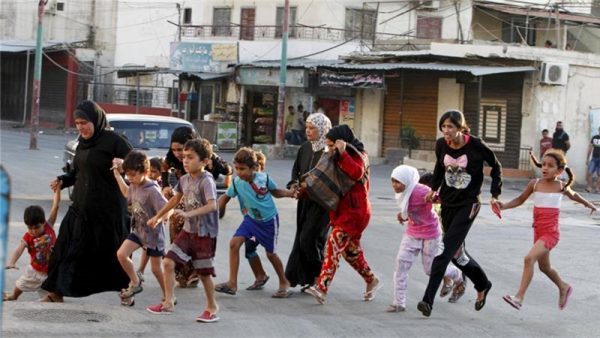 At least six people have been killed and 35 others wounded in clashes inside a Palestinian refugee camp in southern Lebanon since Friday, medics say.

The fighting erupted when a joint security force deployed by the main Palestinian factions in Ein el-Hilweh came under fire from radical Islamists.

The factions had told the Islamists, led by Bilal Badr, to disarm.

Local media said gunfire and explosions could be heard on Monday afternoon after a period of calm in the morning.
The official National News Agency reported that Palestinian Authority President Mahmoud Abbas’ Fatah movement had rejected a deal proposed by mediators that would have seen Mr Badr allowed to go into hiding if he accepted the joint force.

Established in 1948 near the city of Sidon, Ein el-Hilweh is the largest of the 12 Palestinian camps in Lebanon.
The UN says more than 54,000 registered refugees live there, but one recent estimate put the population at closer to 120,000.

Ein el-Hilweh, which like the other camps falls outside the jurisdiction of the Lebanese security services, has been plagued in recent months by deadly clashes between the various armed groups operating there.

Last week, the largest factions in the camp formed a joint force in an attempt “to bring security to it”, a local Fatah commander told the NNA.

The factions agreed to dismantle the so-called Bilal Badr group, whose members have been accused of sheltering fugitives from the Lebanese authorities and issuing fatwas authorising the killing of people with whom they disagree.
But the force faced resistance as it deployed on Friday night, triggering fierce clashes that involved machine-guns and rocket-propelled grenades.

The fighting prompted the Lebanese army to close the highway next to the entrance to the camp and Lebanon’s health ministry to evacuate patients from the nearby government hospital.