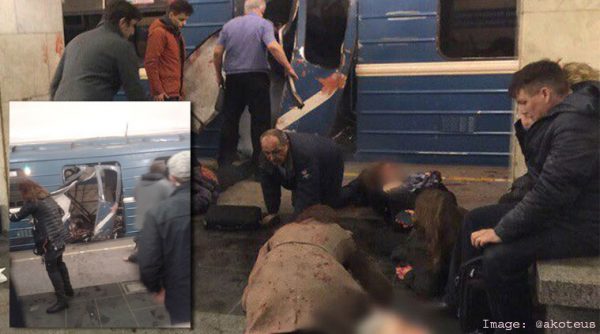 At least 10 people have been killed and several injured in a blast in the St Petersburg metro on Monday.

“An evacuation from the stations is ongoing, there are people injured,” the Saint Petersburg metro said in a statement carried by Russian news agencies. “An unidentified object supposedly blew up in a (train) carriage.”

Social media users posted photographs from one subway station in the city centre, showing people lying on the floor and a train with a mangled door nearby.

A spokesman for the National Anti-terrorist Committee said that the blast was caused by an unidentified explosive device in one of the cars.
“So far, we say it was an unidentified explosive device as investigators and the Federal Security Service’s bomb specialists are to establish the exact cause of this explosion,” Andrei Przhezdomsky told the state-run Russia 24.
He said the evacuation of the subway was complete.
Russia’s Prosecutor General’s office called the explosion in the St. Petersburg subway a terrorist attack, TASS reported. 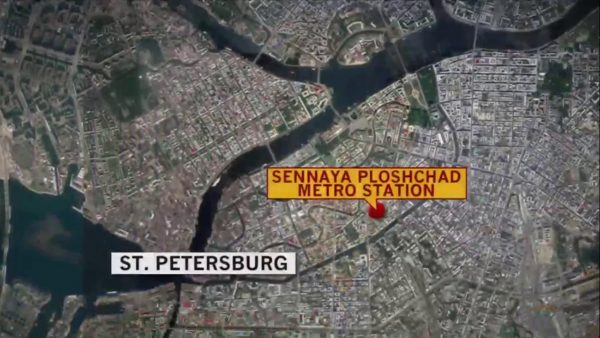 The explosion took place as the train was in a tunnel between the Sennaya Ploshchad and Tekhnologichesky Institute stations. In the confusion, first reports suggested there were two blasts.
Images of the car shows the facade had been ripped off, while others showed passengers running from the site at the station filled with smoke.
A witness at the Sennaya station, Stanislav Listyev, said he felt the explosion and saw smoke coming out of the tunnel.
“I was going going down the escalator at Sennaya square at about half past 2, and at that moment I felt an explosion wave underneath. Everything was filled with smoke, people started panicking. So the trains stopped and almost immediately the evacuation started,” he told CNN. 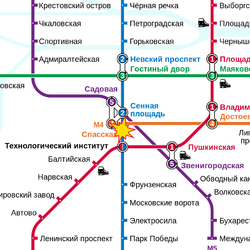 The source who confirmed the explosion to TASS said preliminary information indicated that around 10 people were killed, adding that the exact number of victims was still being established. The death toll was later revised to nine.
“At the moment there are about 50 injured, doctors are working with them. The number of ambulances there at the moment is 17. It will increase,” said the governor’s press secretary, Andrei Kibitov.
Russian President Vladimir Putin expressed his condolences to the victims and is talking to the FSB security services about the investigation, according to state media.
He said he was not ruling out any causes.
“The reasons for the explosion are unknown, so it’s too early to talk about it. The investigation will show what happened,” Putin said, beginning a meeting with Belarussian President Alexander Lukashenko.
“Naturally, we always consider all options — both domestic and criminal, primarily incidents of a terrorist nature.”
Kremlin spokesman Dmitry Peskov said Putin had been in St. Petersburg speaking at an event earlier Monday.
The St. Petersburg metro has five lines and 67 stations. It transports 2.3 million people a day and has more than 1,600 train cars.
Developing story  more could  follow
CNN/Reuters
Share: