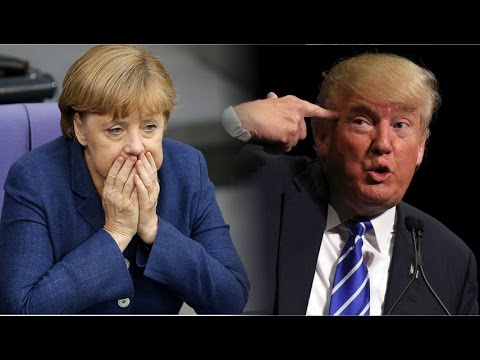 The White House denied reports on Sunday that President Trump gave German Chancellor Angela Merkel a $374 billion invoice for money her country owed the US for NATO defense.

The Times of London published a story citing anonymous German officials who claimed Trump gave Merkel the bill during their meeting in Washington last week.

“No, this is not true,” White House press secretary Sean Spicer said when Business Insider reached out to the White House for comment.

The Times reported that one German minister said the alleged exchange was “outrageous” and that “the concept behind putting out such demands is to intimidate the other side, but the chancellor took it calmly and will not respond to such provocations.”

NATO members are supposed to contribute 2% of GDP to the treaty, though Germany only contributes 1.2% . The US, on the other hand, contributes 3.6% — almost double the requirement. Trump, like President Barack Obama before him, has demanded that NATO members pay their fair share .

After the meeting with Merkel, Trump doubled down on his desire for Germany to up its contribution. “Germany owes vast sums of money to NATO & the United States must be paid more for the powerful, and very expensive, defense it provides to Germany!” the president tweeted on Saturday, March 18.

Despite what you have heard from the FAKE NEWS, I had a GREAT meeting with German Chancellor Angela Merkel. Nevertheless, Germany owes…..

…vast sums of money to NATO & the United States must be paid more for the powerful, and very expensive, defense it provides to Germany!


Trump has called NATO “obsolete” and long criticized allies for not contributing to defense spending and fighting terrorism, though NATO experts have countered that claim.

“After 9/11, NATO’s main vocation became fighting terrorism in Afghanistan,” Alexander Vershbow, the former deputy secretary general of NATO, told the New York Times in January. “It is now heavily engaged in training the militaries of many Middle Eastern countries to help them fight terrorism in their own backyard.”

That sentiment was echoed by Trump’s own defense secretary, retired Marine general James Mattis, in his testimony before Congress during his confirmation hearing. Mattis said at his hearing that NATO was essential to American safety and national security.

In its report claiming that Trump gave Merkel an invoice for NATO spending, the Times of London said the White House had arrived at the final figure of $374 billion by starting at 2002 and calculating “the extent to which German defense spending had fallen short of the 2% target each year, [adding] the amount together — and then [putting] interest on top.”

A source close to Merkel who was cited by the Times was characterized as being “dismissive” of the alleged bill.

“The president has a very unorthodox view on NATO defense spending,” the source said. “The alliance is not a club with a membership fee. The commitments relate to countries’ investment in their defense budgets.”

The report claims that Merkel ignored the “provocation.” The German chancellor has committed, however, to higher defense spending by Germany.

Ya Libnan note:
There are many conflicting reports on the exact amount of the alleged bill . Some news organizations reported that the bill was for $300 while the highest amount reported was $490 billion
Business Insider