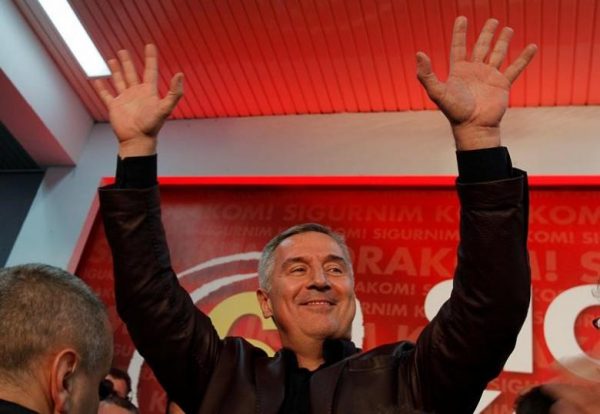 A special prosecutor in the former Yugoslav republic said in November that a group of “Russian nationalists” had planned to assassinate Prime Minister Milo Djukanovic to get an opposition party into power.

Moscow denied involvement in any plot, and Montenegrin opposition parties have said the plot was fabricated and accuse Djukanovic of using the security services to help extend his quarter century of dominance.

The British newspaper reported on Sunday that senior British officials believed there had been a plot to kill Djukanovic, and that Russia had constructed it in a way that it could be blamed on rogue Russian nationalists if uncovered.

“You are talking about a plot to disrupt or take over a government in some way. You can’t imagine that there wasn’t some kind of approval process,” the newspaper quoted one unnamed source as saying.

The newspaper said Britain and the United States’ intelligence agencies had gathered evidence of high-level Russian involvement in the plot for Montenegro’s government.

Asked about the newspaper report, Britain’s foreign ministry said Montenegro had identified Russian nationals as behind the plot.

“Montenegro must itself deliver a competent, transparent judicial process and trial of the coup suspects,” a foreign ministry spokeswoman said.

“Success would be a major step in convincing the international community of real progress in Montenegrin rule of law reform and compatibility with NATO and EU standards,” she added.

The head of Britain’s domestic spy agency said in November that Russia was pushing its foreign policy in increasingly aggressive ways including cyber-attacks and espionage, posing a growing threat to Britain and the rest of Europe.

Moscow has denied this, and challenged Britain to produce hard evidence.