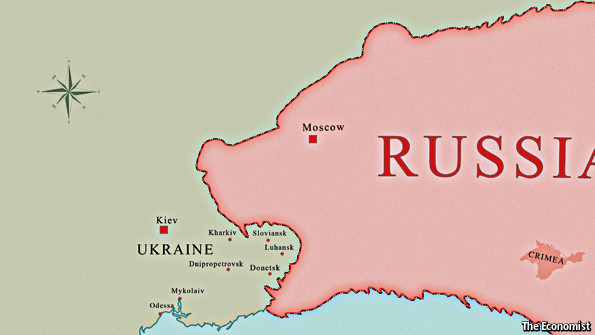 FIRST Vladimir Putin mauled Georgia, but the world forgave him—because Russia was too important to be cut adrift. Then he gobbled up Crimea, but the world accepted it. Now he has infiltrated eastern Ukraine, but the world is hesitating—because infiltration is not quite invasion. But the Baltic states are now scared because they think they are next in line to be gobbled . Will Donbass be Putin’s next target for annexation
Share: 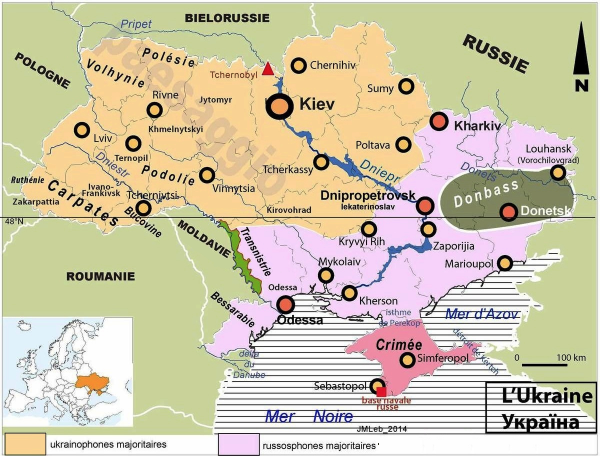 The Russian president has signed an executive order granting visa-free travel to anyone living in self-declared separatist republics in eastern Ukraine and recognising all documents issued by militias.

There is concern in Ukraine and the West that the Russian move may be followed by the annexation of the Donbass Republic , just like it annexed Crimea.

Many analysts expect the EU to issue red lines on this issue which took place hours after US Vice President vowed to ‘hold Russia to account’ in Ukraine.

Vladimir Putin has signed an executive order granting visa-free travel to anyone living in self-declared separatist republics in eastern Ukraine and recognising all documents issued by militias.

A Kremlin statement said the order was “guided by universally recognised principles and standards of international humanitarian law and in order to protect the rights and freedoms of individuals”.

Sergey Lavrov, the Russian foreign minister, claimed the recognition was afforded so “Donbass residents” can enter Russia legally, with thousands already fleeing over the border as asylum seekers.

Mr Putin’s order was released hours after the American Vice President told an international conference the US would “hold Russia accountable” for its actions.

Donald Trump made a series of warm statements towards Mr Putin during his campaign and has dismissed allegations of Russian interference in the election, but has adopted a more combative tone in recent days following international pressure over Ukraine.

The President accused Russia of using force to “take” Crimea, which it annexed from Ukraine in 2014, last week amid a fresh round of allegations over links between his administration and the Kremlin.

The Russian foreign ministry responded by calling the Black Sea peninsula “our territory” and declaring that it would not be returned.

Petro Poroshenko, the President of Ukraine, warned against any move to “appease” Russia on the issue.

“I hear increasingly obsessive calls for at least some degree of appeasement toward Russia’s appetite,” he said.

“To move in that direction would be naive, wrong and dangerous — not only for Ukraine, but also for Europe and for the world.”

Mike Pence claims there was no contact between Russia and Trump campaign
Mr Putin’s latest order will be seen as another sign to the world that despite its repeated denials of backing Ukrainian rebels, it will not lessen its political support.

A Kremlin statement said it related to “certain districts of Ukraine’s Donetsk and Luhansk”, without specifically referring to the so-called People’s Republics installed on the Russian border during the Ukrainian civil war.

They emerged after months of fighting between separatist rebels and the Ukrainian government following the ousting of President Viktor Yanukovych, an ally of Mr Putin’s.

Russia has denied persistent allegations by Nato and the US and EU of arming rebels and sending its troops over the border, but has made no secret of its political backing for the Donbass “republics”.

They were created after referendums held in May 2014 that claimed to show strong support for independence in Donetsk and Luhansk, although no government officially recognised the result amid evidence of widespread fraud and voter intimidation.

The ongoing conflict, which has intensified in recent weeks, was a hot topic at the annual Munich Security Conference yesterday.

Mike Pence said the Trump administration would demand that Russia honours a 2015 peace deal agreed in Minsk, in efforts to end fighting in eastern Ukraine, which has been repeatedly violated by both sides.

“Know this: The United States will continue to hold Russia accountable, even as we search for new common ground, which as you know President Trump believes can be found,” the Vice President said.

The Russian foreign minister hit back by accusing Nato of Cold War-era expansionism and blaming the alliance for rising tensions and military deployments in Europe.

He later announced a fresh ceasefire brokered by Russian, Ukrainian, German and French negotiators to halt fighting between Kiev’s army and rebels from 20 February.

“On 20 February the ceasefire regime will start, and withdrawal of heavy military hardware will also start…failure should not be allowed to take place,” Mr Lavrov told reporters.

But the Ukrainian foreign minister, Pavlo Klimkin, said he was “not at all” happy with the result of talks.

Ukraine’s government has raised concern over an upsurge in fighting over the past month, seeing heavy artillery banned under the Minsk agreements hit residential areas including the frontline city of Avdiivka.

Thousands of people were left without electricity and water because of the battles, which saw rockets kill civilians attempting to shelter in their homes

The Ukrainian embassy in London describes rebels as “Russian terrorist forces”, while the separatists and Russian media frequently refer to government troops as “Nazis”.

Both sides accuse each other of ceasefire violations and war crimes in the conflict, which has killed more than 9,800 people since April 2014.