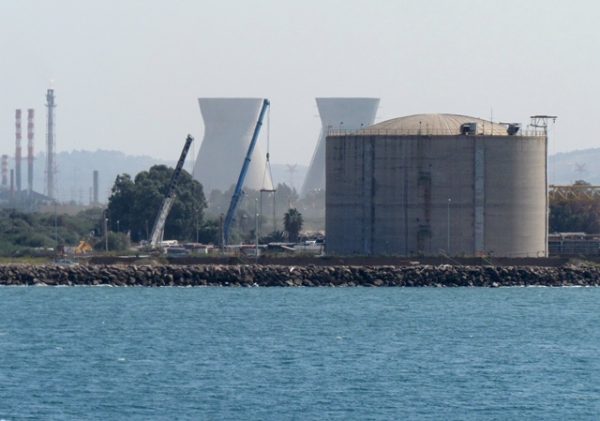 The Israeli company that owns the controversial ammonia storage tank in Haifa on Wednesday appealed a court order to empty the tank amid fear that it could rupture and kill tens of thousands of people, Israeli media reported on Wednesday

This comes after   the Haifa Court for Local Affairs gave Sunday  the Haifa Group, a fertilizer producer that operates the tank, 10 days to empty and shut the tank.

An Israeli court has ordered that a container in the northern city of Haifa capable of holding 12,000 tons of ammonia and likened to a “nuclear bomb” be emptied of its toxic content.

The ruling by the Haifa court comes after the municipality called for the container’s activity to be brought to an immediate halt.

It brings an end to a decades-long struggle by environmental groups.

The push received added urgency last year when Hezbollah leader Hassan Nasrallah said the ammonia container would be like “a nuclear bomb” if hit by his group’s missiles.

Nasrallah, whose group targeted the Haifa area in a 2006 war with Israel, echoed warnings from experts and activists cited in Israeli media that “tens of thousands of people” would be killed in case the container was struck.

Ammonia, used in fertilizers, is poisonous to humans.

Ehud Keinan, a chemistry professor who headed a group of experts behind a report presented to the court, said the container posed a clear and present threat even without Nasrallah’s firepower.

Keinan, president of the Israel Chemical Society, said residents of Haifa and the area faced a danger each month when a tanker arrived to fill the container.

If the boat leaked, thousands of tons of ammonia would react on impact with the sea, creating a toxic cloud that could impact anyone within a 20-kilometer radius, Keinan said.

The material is supplied to nearby plants by pipes or trucked off to other more distant parts of Israel. Almost all the stored ammonia was re-exported by Haifa Chemicals in the form of fertilizers.

Keinan said the 31-year-old container had never been thoroughly inspected and would not withstand the impact of a projectile.

Local industries that used it for medical, military or cooling purposes could import it in smaller quantities, he said.

Maya Jacobs, director of Zalul, an environmental NGO, welcomed the court ruling and said Israel had been “held hostage” by Haifa Chemicals.

A spokesman for Haifa Chemicals said the organization would “respect the court’s decision.”