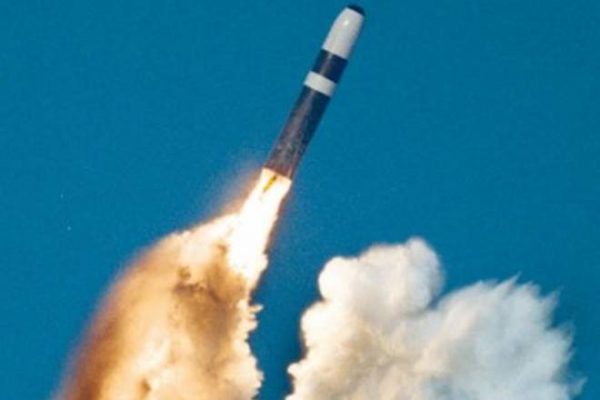 The United States concluded in 2014 that Russia had violated the 1987 treaty banning ground-launched intermediate range missiles by testing the experimental new cruise missile.(Reuters)
Share:
Russia has secretly deployed a new cruise missile despite complaints from American officials that it violates a landmark arms control treaty that helped seal the end of the Cold War, administration officials say.

The move presents a major challenge for President Trump, who has vowed to improve relations with President Vladimir V. Putin of Russia and to pursue future arms accords.

The new Russian missile deployment also comes as the Trump administration is struggling to fill key policy positions at the State Department and the Pentagon — and to settle on a permanent replacement for Michael T. Flynn, the national security adviser who resigned late Monday. Mr. Flynn stepped down after it was revealed that he had misled the vice president and other officials over conversations with Moscow’s ambassador to Washington.

The ground-launched cruise missile at the center of American concerns is one that the Obama administration said in 2014 had been tested in violation of a 1987 treaty that bans American and Russian intermediate-range missiles based on land.

The Obama administration had sought to persuade the Russians to correct the violation while the missile was still in the test phase. Instead, the Russians have moved ahead with the system, deploying a fully operational unit.

Administration officials said the Russians now have two battalions of the prohibited cruise missile. One is still located at Russia’s missile test site at Kapustin Yar in the country’s southeast.

The other was shifted in December from that test site to an operational base elsewhere in the country, according to a senior official who did not provide further details and requested anonymity to discuss recent intelligence reports about the missile.

American officials had called the cruise missile the SSC-X-8. But the “X” has been removed from current intelligence reports, indicating that American intelligence officials consider the missile to be operational and no longer a system in development.

The Russia missile program has been a major concern for the Pentagon, which has developed options for how to respond, including deploying additional missile defenses in Europe or developing air-based or sea-based cruise missiles.

But it is politically significant, as well.

It is very unlikely that the Senate, which is already skeptical of Mr. Putin’s intentions, would agree to ratify a new strategic arms control accord unless the alleged violation of the intermediate-range treaty is corrected. Mr. Trump has said the United States should “strengthen and expand its nuclear capability.” But at the same time, he has talked of reaching a new arms agreement with Moscow that would reduce arms “very substantially.”

The deployment of the system could also increase the military threat to NATO nations, which potentially would be one of the principal targets. Defense Secretary Jim Mattis is scheduled to meet with allied defense ministers in Brussels on Wednesday.

Before he left his post last year as the NATO commander and retired from the military, Gen. Philip M. Breedlove warned that deployment of the cruise missile would be a militarily significant development that “can’t go unanswered.”

Coming up with an arms control solution would not be easy.

Each missile battalion is believed to have four mobile launchers and a larger supply of missiles. The launcher for the cruise missile, however, closely resembles the launcher used for the Iskander, a nuclear-tipped short-range system that is permitted under treaties.

“This will make location and verification really tough,” General Breedlove said in an interview.