Iran threatens US with “roaring missiles”

by yalibnan
20 comments
Share:
A commander in Iran’s Revolutionary Guards has said the country would use missiles to defend itself from its “enemies”.

It followed hostile rhetoric from US President Donald Trump, after he said on Twitter that Iran was “playing with fire” and announced fresh sanctions on the country.

“If we see smallest misstep from the enemies, our roaring missiles will fall on their heads.”

Iran responded to the new US sanctions – imposed because of the test firing of a ballistic missile – by announcing another military exercise using its missile and radar systems.

The Revolutionary Guards Sepahnews website said that the aim of the military exercise in Semnan province, central Iran, was to “showcase the power of Iran’s revolution and to dismiss the sanctions.”

The country also announced sanctions of its own against the US. 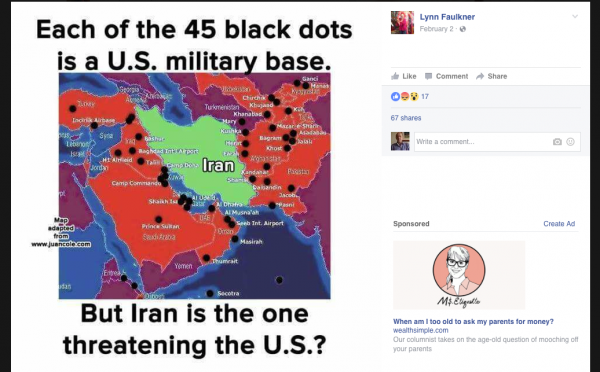 Although tensions between Washington and Tehran have risen, US Defence Secretary Jim Mattis said he was not considering raising the number of US forces in the Middle East to address Iran’s “misbehaviour”, but warned that the world would not ignore the country’s activities.

As for Mr Trump’s comments that “nothing is off the table” in dealing with Tehran, the commander of Iran’s ground forces said that the country has been hearing such threats since its 1979 revolution.

“The defence capability and the offensive prowess of Iran’s armed forces would make America or any other enemy regretful of any incursion,” Ahmad Reza Pourdastan was quoted as saying by ISNA.