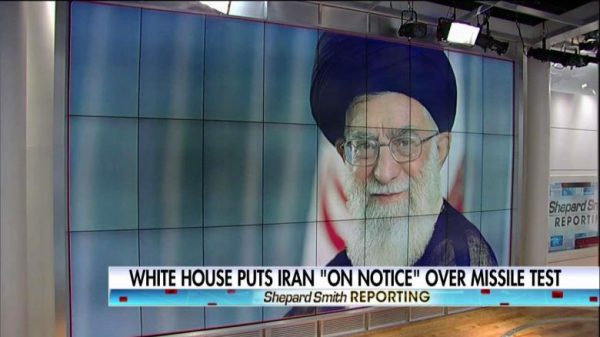 However, sources provided the caveat that nothing is ever final, until President Trump announces it.

Two officials tell NBC News that the new sanctions are in response to the continuous terrorist activity of Iran and repeated ballistic missile tests, but will not violate the existing Iranian nuclear deal.
During the campaign, Trump took several stances on the Iran nuclear containment deal signed by former President Barack Obama and other world powers in 2015. At some points, Trump vowed to strictly police the agreement. At others, he threatened to tear it up.

Iran has confirmed that it test-fired a missile on Sunday but insisted it did not violate the nuclear deal because this missile is not capable of delivering a nuclear warhead. It was the first launch of its kind since Trump took office.