California may cut off funds to Feds In response to Trump threats. Calexit gains momentum 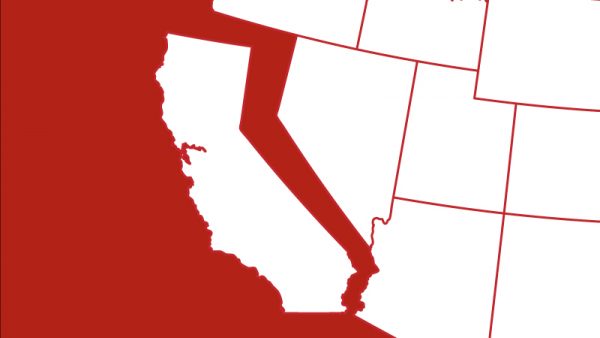 CALEXIT , A campaign for California to secede from the rest of the country over Donald Trump’s election is gaining momentum
Share:

SAN FRANCISCO (KPIX 5) – The state of California is studying ways to suspend financial transfers to Washington after the Trump administration threatened to withhold federal money from sanctuary cities, KPIX 5 has learned.

Officials are looking for money that flows through Sacramento to the federal government that could be used to offset the potential loss of billions of dollars’ worth of federal funds if President Trump makes good on his threat to punish cities and states that don’t cooperate with federal agents’ requests to turn over undocumented immigrants, a senior government source in Sacramento said.

The federal funds pay for a variety of state and local programs from law enforcement to homeless shelters.

“California could very well become an organized non-payer,” said Willie Brown, Jr, a former speaker of the state Assembly in an interview recorded Friday for KPIX 5’s Sunday morning news. “They could recommend non-compliance with the federal tax code.”

California is among a handful of so-called “donor states,” which pay more in taxes to the federal Treasury than they receive in government funding.

A campaign for California to secede from the rest of the country over Donald Trump’s election is gaining momentum, with supporters allowed to start collecting signatures for the measure to be put to a vote.

California’s Secretary of State Alex Padilla gave the green light on Thursday for proponents of “California Nationhood” — also known as Calexit — to start collecting the nearly 600,000 signatures needed for the measure to qualify on the November 2018 ballot.

The 585,407 signatures required by July 25 represent eight percent of registered voters in California — the most populous state in the country with nearly 40 million residents and the world’s sixth-largest economy.

Voters would then need to decide in another referendum in 2019 whether California should become a separate country.

Padilla said the independence measure — deemed highly unrealistic — would have a deep impact on the state and would likely face legal challenges.

“Assuming that California actually became an independent nation, the state and its local governments would experience major, but unknown, budgetary impacts,” he warned.

“This measure also would result in tens of millions of dollars of one-time state and local election costs.”

Calexit enthusiasts, whose campaign is called Yes California, are pushing for independence on grounds the state is out of step with the rest of the US and could flourish on its own.

“In our view, the United States of America represents so many things that conflict with Californian values, and our continued statehood means California will continue subsidizing the other states to our own detriment, and to the detriment of our children,” according to their website.