Carlos Slim: “Mexico should not be scared of Trump”. Urges the country to unite behind Nieto 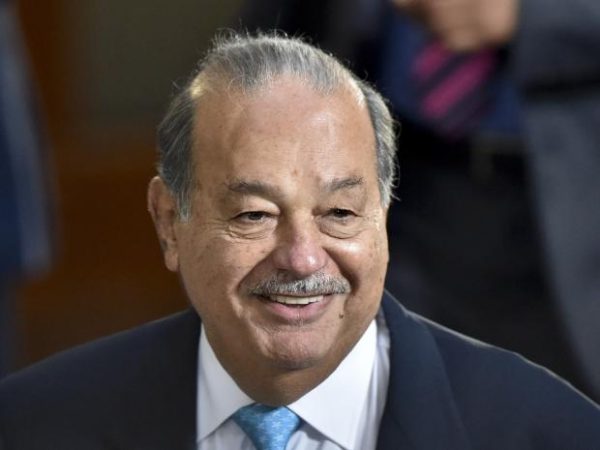 Lebanese-Mexican billionaire Carlos Slim Helu says Mexico should negotiate from a position of strength and should not be scared of Donald Trump . Urged the country to unite behind the government
Share:

Mexico needs to negotiate from a position of strength, Slim said in a Friday news conference. Slim, who gained a $50 billion fortune owning mobile network America Movil, argued the clash between Trump and Mexican President Enrique Pena Nieto has brought Mexico together. Slim urged political parties in the country to unite behind Nieto.

While he called Trump a great negotiator, Slim said Friday that Mexico should not be scared of him or assume things will go badly.

On Thursday, the Mexican president canceled a scheduled meeting with Trump following a Twitter feud over the U.S. president’s executive orders related to immigration. The situation of undocumented Mexicans in the U.S. remains a priority for the government, Slim said Friday.
While some of Trump’s policies push toward modernization and development, Slim said it seems other policies hope for a “return to the past” to America’s “successful industrial society.” If Trump is not more selective about what is manufactured in the U.S., Slim said it would be American importers and consumers that pay the price.

Slim called Trump’s decision to move manufacturing irrational and costly, joking that the U.S. needs Mexicans to build the wall. The billionaire said Mexico’s workforce works harder and learns faster than the American workforce. Slim said he hopes Mexico can show the U.S. that they should produce more in his country.

Trump and Slim last met in December for dinner at Trump’s Mar-a-Lago resort in Florida.