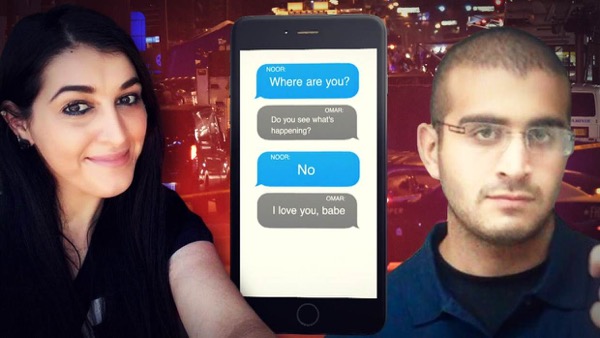 The widow of Orlando nightclub gunman Omar Mateen was arrested by the FBI on Monday in connection with the mass shooting, officials said.

Noor Salman was taken into custody in California, where her family lives, but the case is filed in Florida, where her husband massacred 49 people at the Pulse nightclub in June.

“I can confirm the arrest did occur,” Attorney General Loretta Lynch said on MSNBC.

“This is a matter that we continue to take very seriously,” she said. “We said from the beginning we were going to look at every aspect of this case, every aspect of this shooters life — to determine not just why did he take these actions, but who else knew about them, was anyone else involved, is there any other accountability that needs to be had here in this case.”

Details of the charges against Salman were not immediately made public, but law-enforcement sources said they are related to obstruction of justice.

Authorities said early on in the investigation that they were considering filing criminal charges against Salman if it was shown that she knew what her husband was planning and did nothing.

Mateen and Salman exchanged texts during his rampage, after Mateen’s mother called her in the middle of the night, asking where he was, a source close to the family told NBC News in June.

Mateen’s mother called Salman at around 2 a.m. Sunday, waking her up and asking if she knew where Mateen was.

Salman said she did not know, and texted her husband: “Where are you?” the source said.

Salman replied “No?” according to the source.

Mateen then responded “I love you, babe.”

After that, Salman tried repeatedly without luck to call Mateen — who pledged allegiance to ISIS during conversations with hostage negotiators before he was killed in a gunfight.

Salman did not speak publicly about the bloodbath until November, when she told the New York Times that she did not know he was planning an attack and that she thought he was out with a friend that night.

She told the newspaper that she met her husband, the son of immigrants from Afghanistan, on an a dating site and that six months into their marriage, he began beating her.

She accompanied him to buy ammunition and also took a trip to Orlando with him, but said she did not realize he was making preparations for slaughter.

Last month, Salman applied to change the name of her 3-year-old son with Mateen.