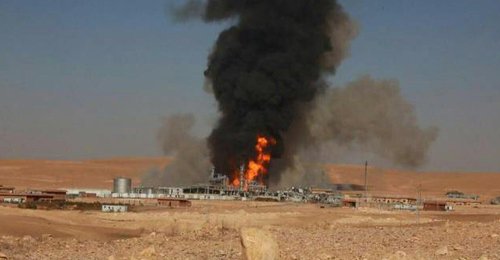 Hayan gas treatment plant and processing facility near Homs was reportedly bombed by ISIS, according to a report by Amaq news , the mouthpiece of ISIS

The plant commenced activity in 2009 and serves as a major LPG, oil, and condensate reserve distribution center to power plants in several parts of Syria. It reportedly supplies millions of Cubic meters of gas daily to nearby power plants

According to Amaq, the plant was bombed because it is a major source of income for the regime and which it uses to fund its war effort