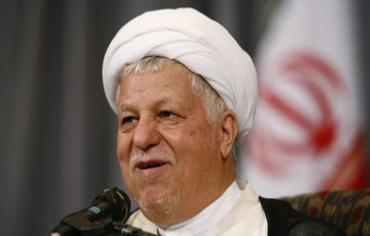 Iran’s ex-President Ali Akbar Hashemi Rafsanjani, a dominant figure in the country’s politics since the 1980s, has died at the age of 82, media say.

Mr Rafsanjani had suffered a heart attack, the reports said.

Although Mr Rafsanjani was part of the religious establishment, he was regarded as a “pragmatic conservative” open to improving ties to the West.

His final role was head of the Expediency Council, which tries to resolve disputes between parliament and the Guardian Council, but his power had now waned.

It was the 12-member council, a dominant force in Iran that interprets the constitution, that had disqualified Mr Rafsanjani after he entered the race for the 2013 presidential election as a reformist candidate.

Mr Rafsanjani denounced the move as “ignorant”, saying: “I don’t think the country could have been run worse.”

He then gave his support to the victorious candidate, Hassan Rouhani, who ran on the slogan “moderation and prudence” and attracted the suspicion of hardliners.

The two men were said to have had a warm relationship and Mr Rouhani was seen at Tehran’s Shohada Hospital shortly before the death was announced. A crowd reportedly gathered at the hospital after the announcement.

The sudden death of the veteran pragmatist politician will be a major blow to President Rouhani. The president, who is preparing himself for re-election in May, has lost a valuable ally and influential figure who was a founding father of the Islamic Republic.

Since the 2013 presidential election, Mr Rafsanjani has fully backed Mr Rouhani. Mr Rafsanjani was also a staunch supporter of the landmark 2015 nuclear deal with world powers.

But in Iran’s complicated political landscape, his death could also mobilise pro-Rouhani moderates and reformists ahead of the election.

After his defeat in 2005, Mr Rafsanjani became openly critical of President Ahmadinejad.

In 2009, he sided with reformers who disputed that year’s elections, although the hardline Mr Ahmadinejad won a second term.

Mr Rafsanjani was among those calling for the release of political prisoners and greater political freedoms for parties prepared to work within the constitution.

Some of the members of Mr Rafsanjani’s family have also made the headlines. His daughter, Faezeh Hashemi, attracted the ire of hardliners when she met a leader of the Bahai religious minority – which Iran’s leadership regards as a heretical sect – last year.

And his son, Mehdi Hashemi Rafsanjani, was jailed in 2015 after being convicted of “security offences and financial crimes”.

Ali Akbar Hashemi Rafsanjani was born in 1934 in south-eastern Iran to a family of farmers.

He studied theology in the holy city of Qom with Ayatollah Ruhollah Khomeini – who went on to lead the Islamic revolution of 1979 – and was imprisoned several times under the Shah.

In the last year of the 1980-88 war with Iraq, Ayatollah Khomeini appointed him acting commander-in-chief of the armed forces.

He was seen as the main mover behind Iran’s acceptance of the UN Security Council resolution that ended the war.

Mr Rafsanjani was also a key player in the development of Iran’s nuclear programme.

He was a man known for a sharp wit but who could also be ruthless.

He advocated progressive economic policies, encouraging private businesses and improving infrastructure. His own business holdings were reported to be widespread.

The state-run Irinn network announced on Sunday that Mr Rafsanjani had “passed away after a lifetime of fighting and constant efforts in line with fulfilling the goals of Islam and the revolution”.