3 wounded in a shooting near an Islamic center in Zurich, Switzerland 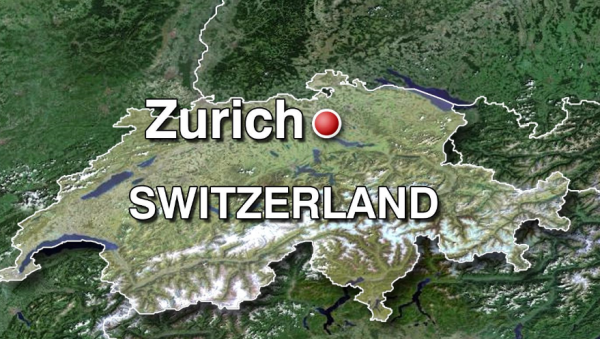 By Michael Shields and Arnd Wiegmann | ZURICH
Three people were wounded in a shooting near an Islamic center in central Zurich on Monday, police said.

Swiss media said a suspect was on the run after the incident near the main train station in Switzerland’s financial capital.

It was not immediately clear whether the Islamic center or any of the other businesses registered buildings nearby, were the target of the attack, or what any motive might have been.

People at the scene told Reuters they prayed at the center, which was used as a mosque, often by Somalis.
Zurich police confirmed people had been wounded in the incident on Zurich’s Eisgasse, but gave no more details. A police official was expected to make a statement.

Police had sealed off the block. Roughly 20 police officers were present and an ambulance had driven away, a Reuters witness said. There was no word on the condition of the wounded.

The center is registered as an association enabling Muslims to practice their religion, particularly through instruction on Islamic beliefs and teachings, as well as providing for the preservation of Islamic cultural values and scientific seminars, according to Swiss business data website Moneyhouse.

Across Switzerland, two thirds of its 8.3 million residents identify as Christian but the nation has been wrestling with the role of Islam as its Muslim population has risen to 5 percent, particularly with the arrival of immigrants from the former Yugoslavia.

In 2009, a nationwide vote backed a constitutional ban on new minarets.

The Federation of Islamic Organisations in Switzerland said the center was not a member and it did not have any direct knowledge of the incident.

Another umbrella group, the Swiss Islamic Central Council, was not immediately available for comment.