‘Is there literally nothing that can shame you?’, US envoy tells Russia , allies over Aleppo crimes 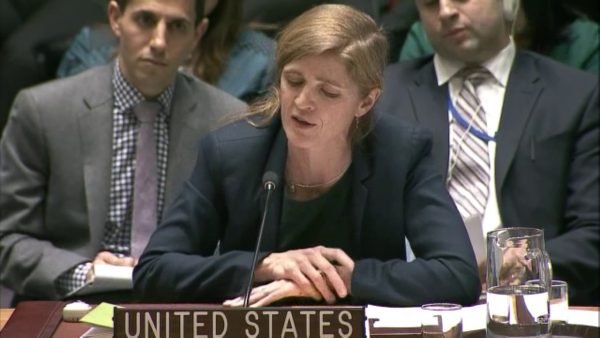 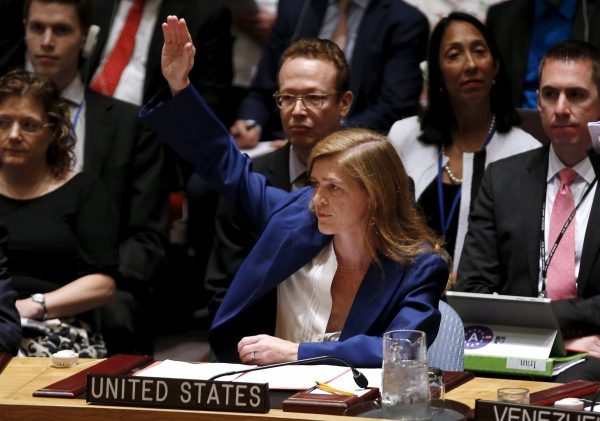 US Ambassador to the United Nations Samantha Power directly confronted Syrian President Bashar Assad and his Russian and Iranian allies during a UN Security Council meeting on Tuesday with a fierce address.

“To the Assad regime, Russia, and Iran, your forces and proxies are carrying out these crimes. Your barrel bombs and mortars and airstrikes have allowed the militia in Aleppo to encircle tens of thousands of civilians in your ever tightening noose,” Power said.

The UN Security Council meeting was called amid reports that pro-government forces, on the brink of fully recapturing the city of Aleppo from opposition fighters after a month of intense bombing and a ferocious ground offensive, had summarily executed dozens of civilians as they moved to clear rebel-held areas on Monday.

“It is your noose,” Power said. “Three member states of the UN contributing to a noose around civilians. It should shame you. Instead, by all appearances, it is emboldening you. You are plotting your next assault. Are you truly incapable of shame?”

Many of the civilians executed by pro-government forces were injured and awaiting treatment in the city’s makeshift medical facilities, according to reports from the scene. Others were trying to flee their homes.

The pro-government forces also reportedly set fire to a building used to house people who had been displaced in the fighting, with possibly more than 100 children trapped inside.

“Is there literally nothing that can shame you?” Power said. “Is there no act of barbarism against civilians, no execution of a child, that gets under your skin? That just creeps you out a little bit? Is there nothing you will not lie about or justify?”

The Russian Ministry of Defense said on Tuesday that stories of hundreds of thousands of civilians trapped in Aleppo were “Russophobic chatter” and that any civilians remaining in the city were being used by rebels as human shields.

The operation to take Aleppo back from the rebels was “successful and humane in every sense in regard to civilians,” Defense Ministry spokesman Maj. Gen. Igor Konashenkov said.

Russia’s envoy to the UN, Vitaly Churkin, said on Tuesday that “nobody is going to harm the civilians.”

“The civilians, they can stay, they can go to safe places, they can take advantage of the humanitarian arrangements that are on the ground,” he said en route to the Security Council meeting.

But Mouaz Moustafa, the executive director of the Syrian Emergency Task Force and political director of the nonprofit, pro-opposition organization United for a Free Syria, said that “horrendous war crimes” were being perpetrated against civilians as neighborhoods fell, one by one, to regime troops.

“And it’s all being done with Russian aerial cover, including cluster bombs and barrel bombs,” he told Business Insider on Monday.