Valls vows to ” give everything for France” , decides to run for presidency 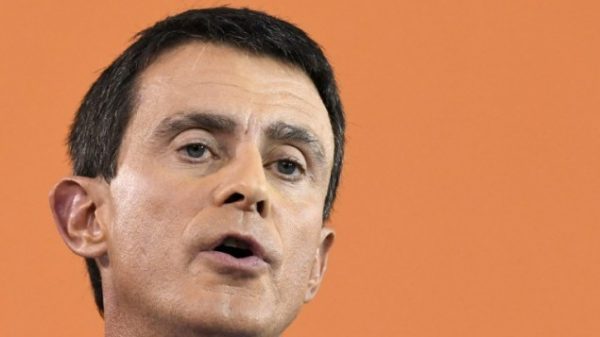 Valls said he would “give everything for France” in a speech to supporters at the town hall in Evry, just south of Paris, where his political career began.

“I have a responsibility to unite,” he said, appealing to the left to rally behind him.

He warned of the risk of far-right leader Marine Le Pen pulling off a repeat of France’s 2002 electoral upset when her father Jean-Marie Le Pen edged the Socialist candidate for a place in the presidential runoff.

Le Pen, he said, would “take us out of Europe” and her policies would “ruin the working class.”

Polls show the younger Le Pen winning or being placed second in the opening round of the election on April 23, but later being defeated by the conservative Francois Fillon.

Valls said his candidacy was “a revolt against the idea that the left has been disqualified.”

The 54-year-old said he would stand down as prime minister on Tuesday to focus on the campaign.

His widely expected announcement comes just a few days after unpopular President François Hollande said he would not seek a second term.

It follows a conservative primary ballot in which François Fillon, a 62-year-old former prime minister, secured a resounding win to become the presidential candidate of the centre-right Les Républicains party.

Health Minister Marisol Touraine and Interior Minister Bernard Cazeneuve are among those tipped to succeed Valls as premier for the six months until the legislative elections that follow the presidential vote.

Valls faces a challenge from at least seven other candidates in the two-round primary on January 22 and 29.

France’s presidential election takes place in two rounds next April and May.
FRANCE24