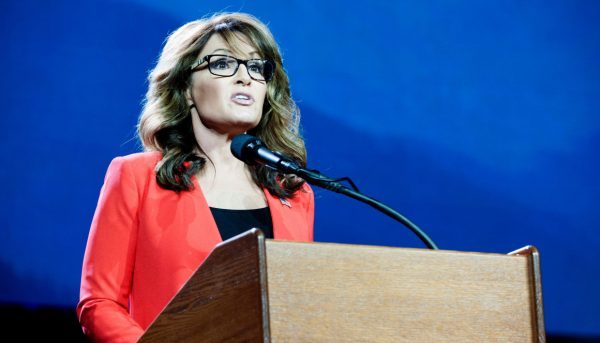 Another conservative is calling “crony capitalism” on Donald Trump’s deal with Carrier, albeit an unexpected one — Sarah Palin.

In an op-ed for the website Young Conservatives, the former Alaska governor allowed that the details behind the manufacturer’s decision to keep some 1,000 jobs in Indiana at the president-elect’s behest, rather than move them to Mexico, are not yet clear. But touting the value of free markets, Palin signaled her disapproval if it was a case of “political intrusion using a stick or carrot to bribe or force one individual business to do what politicians insist.”

“When government steps in arbitrarily with individual subsidies, favoring one business over others, it sets inconsistent, unfair, illogical precedent,” she asserted.

And in an apparent jab at Trump, whom she famously endorsed in a rambling speech earlier this year, she asked: “Republicans oppose this, remember? Instead, we support competition on a level playing field, remember? Because we know special interest crony capitalism is one big fail.”

The op-ed is not subtle: Palin described such government intervention as a “hallmark of corruption” and “socialism,” and then compared it to policies of the Obama administration, which she regularly rails against.

“A $20 trillion debt-ridden country can’t afford this sinfully stupid practice,” she cautioned, “so vigilantly guard against its continuance, or we’re doomed.”

Some establishment conservatives, like The Wall Street Journal editorial board, have come out against the Carrier deal, arguing that it sacrifices free market principles. But Palin’s criticism is more surprising because of her vocal support for Trump and her own populist, anti-establishment appeal. Her name has also been floated as a possible head of Veterans Affairs in the Trump administration.

Palin — who is being considered to run the Department of Veterans Affairs — did stop short of a full-out rebuke of Trump, writing, “Gotta’ have faith the Trump team knows all this.”

“I’ll be the first to acknowledge concerns over a deal cut by leveraging taxpayer interests to make a manufacturer stay put are unfounded — once terms are made public,” she wrote.

Although some details behind the deal remain unclear, the state of Indiana offered Carrier $7 million in tax subsidies over 10 years to stay.