9 killed, 13 others unaccounted for after fire at San Francisco warehouse party 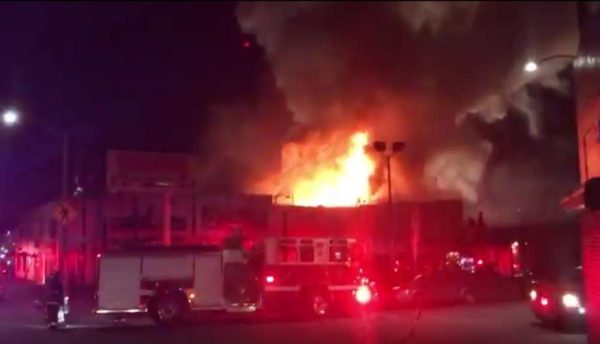 OAKLAND, Ca. — Fire officials say at least 9 people died in a blaze at a warehouse party in the San Francisco Bay area.

Firefighters are responding to the structure fire that also left another 13 missing overnight in Oakland, CA., according to a fire chief.

The Oakland Fire Department responded at 11:32 p.m. Friday to a report of a fire at a commercial building located at 1305 31st St.

The Los Angeles Times reported that a fire broke out during a concert at the warehouse and firefighters have not yet had a chance to search the entire building.

The building is a live/work residence, according to the Oakland Police Department.