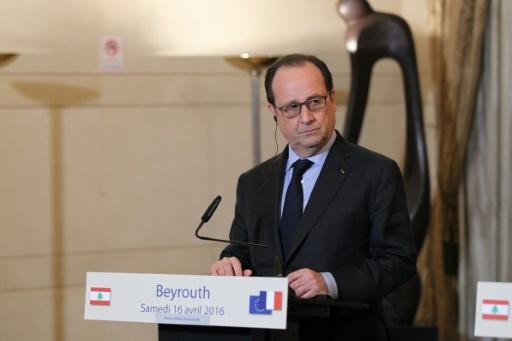 President François Hollande stunned France on Thursday when he announced that he would not run for a second term in next year’s presidential election.

In a televised address from the Élysée Palace, Mr. Hollande said that he was “aware of the risks” of a candidacy that would not “rally” enough people to it.

“I have thus decided not to be a candidate in the presidential elections,” Mr. Hollande said.

Mr. Hollande, a Socialist, ended weeks of speculation about his intentions to participate in a re-election bid that few observers thought he could win. He has had some of the worst approval ratings for a president in modern French history.

The announcement makes Mr. Hollande the first French president since 1958 not to seek a second term.

He had until Dec. 15 to officially declare whether he would be a candidate in an open primary of the left in January, which already has a crowded field of candidates. Many people had called on him to forgo a re-election bid.

Mr. Hollande suggested on Thursday that he did not want to endanger the fortunes of his associates on the left, saying that he was aware of the “risks” that his candidacy would pose if few people rallied around him, further dividing his party and its allies.

“As a Socialist, because that is my life’s commitment, I cannot accept, I cannot come to terms with the dispersion of the left, with its splitting up,” Mr. Hollande said. “Because that would remove all hope of winning in the face of conservatism, and, worse yet, of extremism.”

Mr. Hollande started his speech by listing some of what he sees as his major accomplishments, including the Paris agreement to combat climate change, the legalization of same-sex marriage and an overhaul of the labor market.

On the economy, Mr. Hollande said that “the results are arriving later than I had announced them, I agree — but they are here.”

Unemployment has fallen slightly this year, but he acknowledged that for him, the progress was too little, too late.

He also acknowledged that his scrapped proposal to strip French citizenship from dual citizens convicted of terrorism was a mistake and had deeply divided his party.

Polls had indicated that Mr. Hollande, who has struggled to significantly reduce unemployment and whose term has seen some of the worst terrorist attacks on French soil, would not make it past the first round of the elections, which will be held in April.

Mr. Fillon, 62, a sober, dark-suited government veteran, has called for economic sacrifice, major changes in the French workplace and a crackdown on immigration and Islam. He won about 67 percent of the vote, crushing his more centrist opponent, Alain Juppé, another former prime minister.

Mr. Fillon is expected to reach the runoff round of the presidential election in May, possibly against Marine Le Pen, the leader of the far-right National Front.