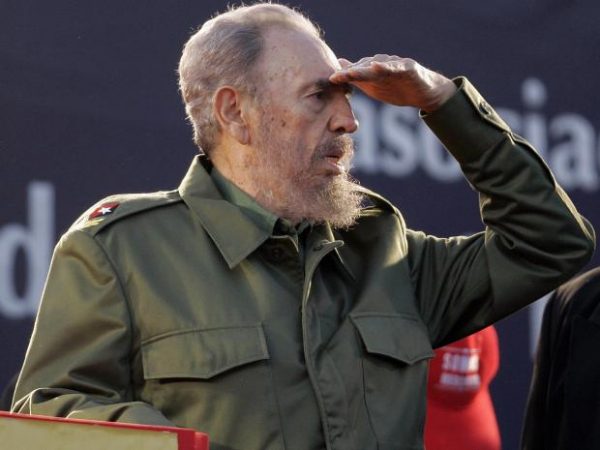 Lebanese President Michel Aoun sent a cable  to Cuban President Raul Castro and the Cuban people mourning the loss of whom he called “the supreme commander of the Cuban revolution.”

Aoun said Fidel Castro had “left his print on the conscience of the world for nearly a whole century,” adding that Castro’s “political stances and nationalist propositions formed a unique path.”

The Lebanese Communist Party issued a statement expressing sorrow for the loss of  Castro ” whom our peoples will not forget”.

“He supported with all the might of his country the nations of Africa, Palestine and Arab nations for liberation and independence,” the  Communist statement added.

Earlier Hezbollah official Ammar Musawi called the Cuban embassy in Beirut to convey the party’s sorrow over the loss of what they called the “historical figure whose life was a herald for freedom fighters around the world.”

Former President Fidel Castro, who led a rebel army to improbable victory in Cuba, embraced Soviet-style communism and defied the power of 10 U.S. presidents during his half century rule, has died at age 90.