Al Faisal, governor of Mecca and an adviser to the king, said during an official visit to Lebanon that Aoun had promised to visit as soon as a new Lebanese government was formed.

“I carried two letters to the president from the Custodian of the Two Holy Mosques (King Salman). The first contains congratulations on his election as president of the republic and the second contains an invitation to visit the Kingdom of Saudi Arabia,”  Prince Khaled al-Faisal said after the meeting.

In a statement issued after the talks, Aoun stressed Lebanon’s keenness on “strengthening the Lebanese-Saudi ties,” hailing “the stances that Saudi King Salman bin Abdul Aziz has taken to support Lebanon.”

He also thanked the Saudi leadership “for the treatment that the Lebanese are receiving in the kingdom,” noting that “they have worked and will always work for the kingdom’s welfare and prosperity.” 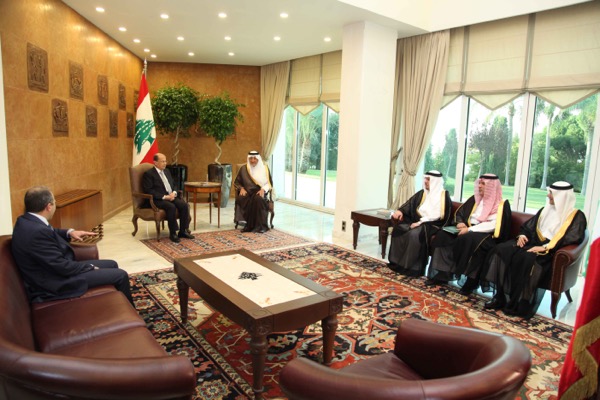 “Lebanon has always played a positive role in support of the common Arab causes and we are keen on continuing this role,” the president added.

The meeting was held in the presence of caretaker Foreign Minister Gebran Bassil and Prince Khaled was accompanied by Saudi State Minister for Foreign Affairs Nizar Madani.