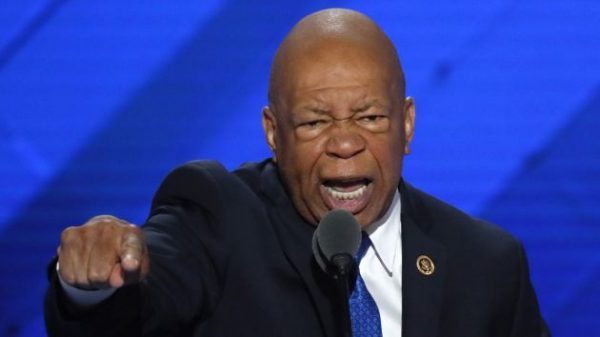 By RICHARD RUBIN and ALEXANDRA BERZON
Donald Trump will enter the White House with more potential conflicts of interest and less transparency about his finances than any recent president.

So far, Mr. Trump hasn’t said exactly what he will do, beyond transferring management of his companies to his adult children and other executives. And unlike every other major-party candidate and president since Gerald Ford, Mr. Trump hasn’t released his tax returns, which would provide more insight into his business dealings.
As president, Mr. Trump wouldn’t have to release his returns, but he must continue to disclose his holdings annually in broad ranges, which he has done since becoming a candidate.
Mr. Trump wouldn’t be able to use a blind trust to have his children run the business because federal law allows for such arrangements only to be managed by independent outsiders, not family members. But a blind trust might not address conflict-of-interest concerns in Mr. Trump’s case, regardless, because he owns buildings with his name on them and profits from business deals he personally negotiated. Even if Mr. Trump hands control of his business operations to trustees, he would still know how his actions as president might help or hurt his companies.

Mr. Trump’s business consists chiefly of real-estate assets and units that manage hotels and condo towers, rolled up in an umbrella company called the Trump Organization. Much of that is domestic, including an agreement with the federal government for his Washington, D.C., hotel. New business has been mostly overseas, and the company’s past 10 new real-estate or branding deals have been abroad.

Those deals largely involve foreign business partners with vast business—and sometimes political—interests in their own and other countries. The partners have provided Mr. Trump millions of dollars in revenue, according to his disclosures, creating potential for foreign-policy conflicts of interest.

Mr. Trump and the general counsel for his businesses, Alan Garten, said before the election that three of Mr. Trump’s adult children, Ivanka, Donald Jr. and Eric Trump, plan to run his companies. But Mr. Trump just named the three to his transition team, which is choosing government officials.

Rudy Giuliani, a top Trump adviser who is a leading candidate to become secretary of state, dismissed the prospect of divorcing the Trump children from the business with a blind trust. He called for a “clear document” stating the president would have no involvement in the family business.

Presidents and vice presidents are exempt from conflict-of-interest laws that require others to recuse themselves from policy decisions that affect them personally. The choice of how to handle conflicts is left to each administration, and there are also public disclosures.

The Trump Organization is “vetting various structures” for the “immediate transfer of management,” the company said last week.

“Mr. Trump’s unprecedented secrecy and his extensive business dealings in foreign countries raise serious questions about how he intends to avoid conflicts of interest as president,” Mr. Cummings wrote Monday.

Mr. Trump said on CBS’s “60 Minutes” that he would release his tax returns at the “appropriate time.” But he argued during the campaign that he shouldn’t release returns during an audit, even though it is legally allowed. That reasoning will remain because the Internal Revenue Manual—the procedure book guiding Internal Revenue Service employees—requires that the agency audit the president and vice president annually.

“The public didn’t care,” he said on “60 Minutes,” given that he won the election even without releasing the tax returns.

Mr. Trump has refused to release returns from years with completed audits and has said nothing about his 2015 return, which would be his most recent. Privacy laws forbid the IRS from discussing specific taxpayers.

Disclosing tax returns “was always legally optional, but now it seems to be politically optional as well,” said Joe Thorndike, a historian at Tax Analysts, a nonprofit publisher. “I don’t see any reason at this point that Trump’s going to be any more inclined to release his returns.”

Having a sitting president with complex finances and a history of tax disputes oversee the IRS challenges an agency already struggling with budget cuts and congressional investigations. Mr. Trump has accused the IRS of unfairly auditing him and auditing him more frequently than his wealthy friends.

“It is definitely an agency on the ropes, and yet we’re going to be asking it to do something that’s really quite a hard job, even in the best of times,” Mr. Thorndike said.

IRS Commissioner John Koskinen’s term expires in November 2017. Mr. Trump will nominate his successor and the agency’s top lawyer, though the tax code makes it a crime for the president to “directly or indirectly” ask the IRS to conduct or halt an audit.

“The audit process is handled by career, nonpartisan civil servants,” IRS spokesman Matthew Leas said. “The IRS has procedures in place that adhere to internal control standards, which help ensure fairness and integrity in the return selection process. No individual can control which tax returns are selected for audit.”