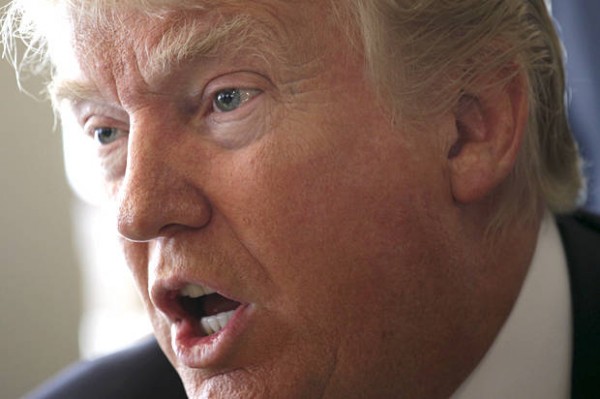 Former congressman Mike Rogers (R-Mich.) announced that he had left his position as the transition’s senior national security adviser. Rogers, a former chairman of the House Intelligence Committee and the leading candidate for CIA director, was among at least four transition officials purged this week, apparently because of perceived ties to Christie.

As turbulence within the transition team grew, some key members of Trump’s party began to question his views and the remaining candidates for top positions. Sen. John McCain (R-Ariz.) said Trump’s efforts to work more closely with Russian President Vladi­mir Putin amounted to “complicity in [the] butchery of the Syrian people” and “an unacceptable price for a great nation.”

Trump met Tuesday with incoming vice president Mike Pence, who replaced Christie at the head of the transition Friday, to discuss Cabinet and top White House personnel choices. Little to no information was released by the transition office, leaving a clutch of reporters gathered in the lobby of Trump Tower in New York to hustle after team members passing between the front doors and the elevators.

As he had during the campaign, Trump appeared to be increasingly uncomfortable with outsiders and suspicious of those considered part of what one insider called the “bicoastal elite,” who are perceived as trying to “insinuate” themselves into positions of power.

Those in the inner circle reportedly were winnowed to loyalists who had stuck with Trump throughout the campaign and helped devise his winning strategy. They include Sen. Jeff Sessions (R-Ala.), former Breitbart News head Stephen K. Bannon, retired Lt. Gen. Michael Flynn and members of Trump’s family, including son-in-law Jared Kushner.

“This is a very insular, pretty closely held circle of people,” said Philip D. Zelikow, a former director of the Miller Center of Public Affairs at the University of Virginia and a senior figure in the George W. Bush transition. “Confusion is the norm” for transitions, he said, “but there are some unusual features here, because they’re trying to make some statements.”

“They feel like their election was a lot of the American people wanting to throw a brick through a window,” Zelikow said. “They want to make appointments that make it sound like glass is being broken.”

Increasingly, among the shards are more mainline Republicans in the national security field. In an angry Twitter post Tuesday morning, Eliot Cohen, a leading voice of opposition to Trump during the campaign who had advised those interested in administration jobs to take them, abruptly changed his mind, saying the transition “will be ugly.”

After responding to a transition insider seeking names of possible appointees, Cohen said, he received what he described as an “unhinged” email from the same person saying “YOU LOST” and accusing Trump critics of trying to infiltrate the new administration’s ranks.

“It became clear to me that they view jobs as lollipops, things you give out to good boys and girls, instead of the sense that actually what you’re trying to do is recruit the best possible talent to fill the most important, demanding, lowest paying executive jobs in the world,” Cohen said.

Rogers’s departure coincided with word from Sen. Bob Corker (R-Tenn.), chairman of the Senate Foreign Relations Committee, whose possible selection as secretary of state comforted more mainline Republicans, that he was unlikely to be chosen.

“Has my name been in the mix? I’m pretty sure, yeah. Have I been having intimate conversations? No,” Corker said in an interview. “Do I understand that it’s likely that people who’ve been involved in the center of this for some time, and have been surrogating on television, are likely front-runners? I would say that’s likely, yes.”

The two names most prominently mentioned for the diplomatic job — former New York mayor Rudy Giuliani and John Bolton, an assistant secretary of state and one-year ambassador to the United Nations during the Bush administration — are both Trump loyalists. But both could be problematic, even among Republicans who would have to confirm them.

Giuliani, thought to be an early choice for attorney general, was said by a person close to the transition team to have personally appealed to Trump for the diplomatic job. He has virtually no diplomatic experience or knowledge of the State Department bureaucracy.

Bolton, a national security hawk who got his U.N. job through a recess appointment after the Senate refused to confirm him, was a leading advocate for the 2003 invasion of Iraq, contradicting Trump’s campaign position opposing it.

Sen. Rand Paul (R-Ky.) said Tuesday that Bolton would be a “disaster” and that he would actively oppose his nomination.

The short-list for defense secretary is said to include Sessions, Sen. Tom Cotton (R-Ark.) and Flynn. Although Sessions serves on the Armed Services Committee, his main issue there has been immigration. Cotton is a Harvard Law graduate who just seven years ago was a first lieutenant in the Army.

Senate confirmation of Flynn, who has also voiced interest in serving as director of national intelligence, could be difficult, said the person close to the transition team. He was forced out as director of the Defense Intelligence Agency after two years over concerns about his leadership, and he has potentially problematic connections to foreign governments.

Flynn has admitted that he accepted money for appearing at a lavish gala with Putin in Moscow last year. He recently criticized the Obama administration’s treatment of Turkey in an opinion column, without disclosing to the Trump campaign that his consulting firm has financial ties to that country, said the person close to the transition, who, like others, spoke on the condition of anonymity in order to describe internal discussions.

Another possible barrier for Flynn, who retired as a three-star general after leaving the DIA in 2014, is the statutory requirement that the defense secretary be at least seven years removed from active duty.

Flynn has told members of the transition team that getting a waiver to this requirement would be “no big deal,” said the person involved with the team. But that assertion has been met with at least some internal skepticism, including from Trump’s daughter Ivanka, who asked during meetings whether such a waiver “has ever been done before.” The Senate waived the provision, part of the 1947 National Security Act, when President Harry Truman appointed retired Gen. George C. Marshall to the post in 1950.

The person with ties to the transition said support for Flynn has waned as it has become evident that “he has some confirmation-type problems.”

But Flynn’s influence within the transition remains high, and several sources inside the transition or with ties to Christie said Flynn and Kushner, Trump’s son-in-law, had seized control of the national security posts within the new administration and engineered the recent purges in what they described as a troubling episode of political score-settling.

Former New Jersey governor Thomas Kean Sr., a longtime mentor to Christie, said in an interview that Kushner was widely seen as unhappy with Christie’s handling of the transition. There was “some shock” within Christie’s circle at their abrupt dismissal from the transition ranks, Kean said.

Tensions between Christie and Kushner date back more than a decade. In 2005, Christie, then the U.S. attorney in New Jersey, led the successful prosecution of Kushner’s father, Charles, a prominent real estate developer and philanthropist, who was sentenced to two years in prison after pleading guilty to tax evasion and witness tampering.

Christie also has been beset by scandal of his own making. After a month-long trial that put his gubernatorial administration in a negative light, two of his former top aides were found guilty on Nov. 4 for their roles in disruptive 2013 lane closures on the New Jersey side of the George Washington Bridge.

In addition, Christie is believed by some Trump intimates to have been insufficiently loyal in the final weeks of the campaign.

Those who have been ousted along with or following Christie include Richard H. Bagger, the former Christie chief of staff who had been executive director of the transition, and William J. Palatucci, a New Jersey Republican who served as the transition’s general counsel. Most recent departures, a transition official said, also include Kevin O’Connor, the former No. 3 official at the Justice Department who was in charge of the department in the transition.

The New York Times also reported the departure of Matthew Freedman, a protege of former Trump campaign manager Paul Manafort, who headed the National Security Council transition team. Earlier, Freedman privately told associates that the Trump team would be “very punitive” toward Republicans who signed letters saying they opposed him during the campaign and was looking to put “true loyalists” in top jobs.

The person close to the transition said it was made clear to Rogers when he received a call from Trump adviser Rick Dearborn that he was being moved aside because of ties to Christie.

In a telephone interview after announcing his departure from the team, Rogers said: “I still want them to be successful. I want them to be able to get a handle on the national security infrastructure of the United States and get it in the right direction. I still think it can happen.”