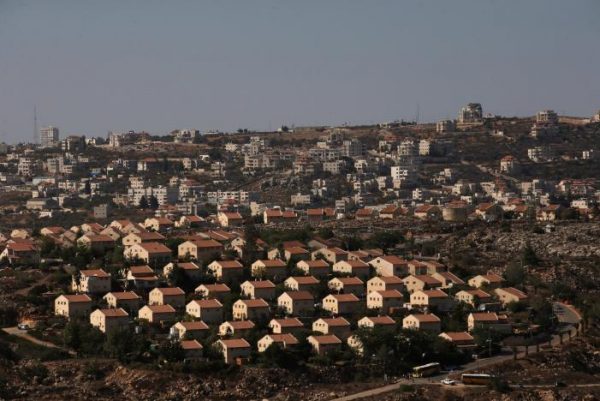 The West Bank Jewish settlement of Ofra is photographed as seen from the Jewish settler outpost of Amona in the occupied West Bank, during an event organised to show support for Amona which was built without Israeli state authorisation and which Israel’s high court ruled must be evacuated and demolished by the end of the year as it is built on privately-owned Palestinian land, October 20, 2016. REUTERS/Ronen Zvulun
Share:

The United States on Monday described as “troubling” an Israeli bill supported by a ministerial committee allowing settlers in the occupied West Bank to remain in homes built on private Palestinian land and said it hoped the law does not pass.

“We are deeply concerned about the advancement of legislation that would allow for the legalization of illegal Israeli outposts located on private Palestinian land,” State Department spokeswoman Elizabeth Trudeau told a briefing.

If the law were enacted it could pave the way for the legalization of dozens of illegal outposts deep in the West Bank, she said, adding:

“This would represent an unprecedented and troubling step that’s inconsistent with prior Israeli legal opinion and also break longstanding policy of not building on private Palestinian land,” Trudeau said.

The U.S. believes settlements endangered prospects for a two-state solution and Israeli-Palestinian peace, she said. “We hope it doesn’t become law,” Trudeau added.

The ministerial committee defied Prime Minister Benjamin Netanyahu and voted on Sunday to back the bill, which will be debated by parliament on Wednesday and is still some distance from becoming law.

Israel’s attorney-general, Avihai Mandelblit, has called the bill legally flawed in its current form, saying that it contravened private property rights legislation and did not tally with Israel’s international law commitments.