An American Muslim may take over the Democratic National Committee (DNC) 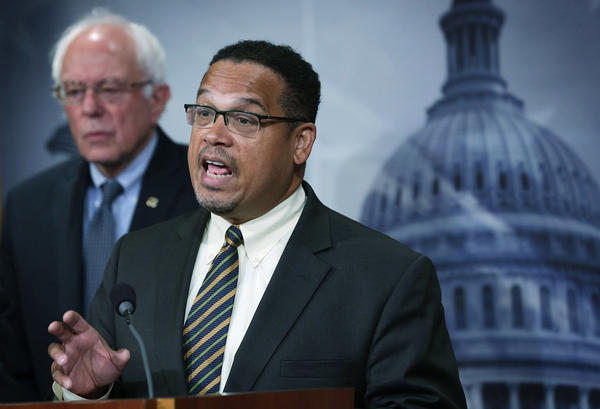 Rep. Keith Ellison of Minnesota is shown Vermont Sen. Bernie Sanders
Share:
He’s a Muslim from the heartland and he could be the next chairman of the Democratic National Committee.

Rep. Keith Ellison of Minnesota is slowly raking up support from some key figures within the party, such as Vermont Sen. Bernie Sanders and New York Sen. Charles Schumer, who want him to be the next leader, following the party’s humbling presidential loss earlier this week.

Citing more than 250,000 signatures in support of Ellison on a petition posted to his website, Sanders said the congressman is the future of the party.

“The Democratic Party needs to look itself in the mirror and work tirelessly to become once again the party that working people know will work for their interests,” Sanders, who amassed a youthful, liberal following during the Democratic primary, said in a statement. “Keith is one of the most progressive members of Congress, and he was an early supporter of our political revolution.”

Yet even before the election results were tallied, the DNC faced several controversies with its former and interim chairs — Rep. Debbie Wasserman Schultz of Florida and Donna Brazile, respectively.

In July, WikiLeaks released emails that showed members of the DNC acting favorably toward Clinton during the Democratic primary. It led to Wasserman Schultz’s resignation. After Brazile replaced her as interim chair, additional leaked emails showed Brazile, who was also a CNN contributor, had shared debate questions with the Clinton campaign during the primary last spring.

Others who are seeking to lead the DNC include former Vermont Gov. Howard Dean, who held the role from 2005 until 2009, and former Maryland Gov. Martin O’Malley. In addition, Missouri Secretary of State Jason Kander, who waged a competitive Missouri Senate race this year but fell short, is also eyeing the position.