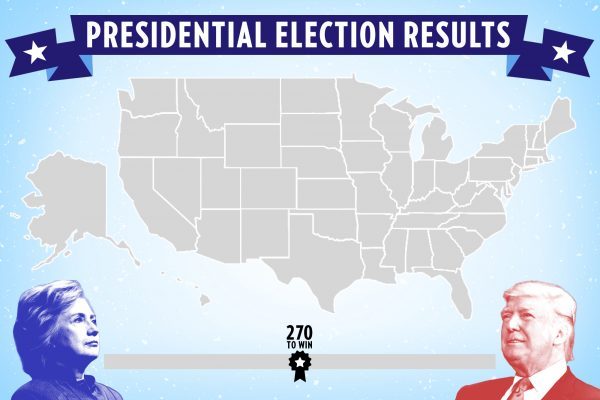 Just before 5 p.m. Eastern time, Hillary Clinton was seen leaving her home in Chappaqua, New York, heading toward New York City in a motorcade. She will host an Election Night party at Manhattan’s Javits Center.

Donald Trump spent most of the day at Trump Tower, also in Manhattan. The GOP nominee’s party will be hosted, however, at the New York Hilton Midtown. Ahead of the night, a cake made in Trump’s likeness was spotted being wheeled into his headquarters.

Around midnight Eastern Time Trump was leading Clinton 232- 208 in electoral votes. whoever attains the magic number of 270 will be the winner .