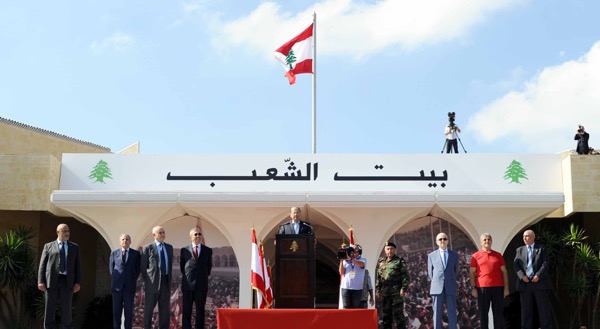 Lebanon’s newly elected President Michel Aoun has vowed to uproot corruption and strive for nation-building in the deeply divided country.

Aoun spoke Sunday before thousands of supporters who gathered at the presidential palace in Baabda in southeastern Beirut.

The 81-year-old has been a central figure in Lebanese politics for decades. He was elected by parliament as president on Monday.

“A strong nation needs a strong government to administer it,” he said. “Corruption will be uprooted,” he added, drawing cheers from his supporters waving red, white and green Lebanese flags.

Aoun was elected president following a 29-month presidential vacuum. Many Lebanese hope his election would breathe new life into state institutions that have been paralyzed for nearly three years.