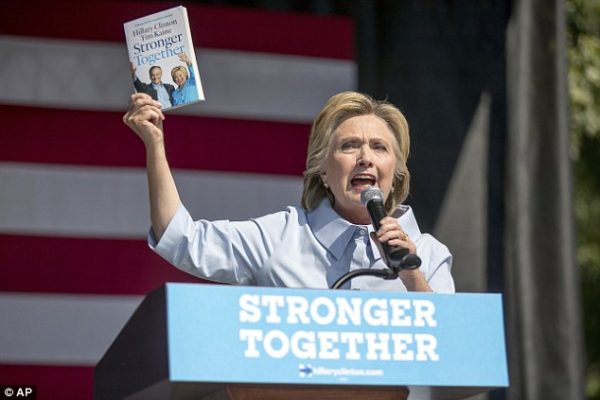 Heading into the final days of the presidential campaign, the race has settled back into a tight contest, with Hillary Clinton holding an edge over Donald J. Trump after a month of tumult. Most voters say their minds are made up and late revelations about both candidates made no significant difference to them, according to the latest New York Times/CBS News poll released Thursday.

Five days before Election Day, the margin between the candidates is narrow, with 45 percent of likely voters supporting Mrs. Clinton, the Democratic candidate, to 42 percent for Mr. Trump, the Republican nominee. The difference is within the poll’s margin of sampling error. Gary Johnson, the Libertarian candidate, has the support of 5 percent of likely voters, and the Green Party nominee, Jill Stein, takes 4 percent.

More than 22 million Americans have already cast their ballots, and roughly one in five likely voters who participated in the Times/CBS poll said they had already voted.

National polling averages showed a growing lead for Mrs. Clinton in mid-October after the release of the “Access Hollywood” recording from 2005 in which Mr. Trump speaks crudely about women. As women from Mr. Trump’s past came out over the next weeks to report that he had sexually harassed them, his poll numbers dipped.

Mrs. Clinton holds a 14-point advantage over her opponent among women while Mr. Trump leads among men by 11 points. White women, who have supported Republican candidates in the last three presidential elections, are evenly split in the current poll.

Last Friday, when the director of the F.B.I., James B. Comey, sent a letter to Congress about a new inquiry into Mrs. Clinton’s emails, Mr. Trump seized on the opportunity to shift the tenor of the campaign and focus on the controversy surrounding her handling of emails when she was secretary of state.

The Times/CBS poll began hours after Mr. Comey’s letter became public, and most voters contacted said they had heard about the development. Even more voters said they were aware of charges that Mr. Trump had made unwanted sexual advances toward a number of women.

Yet, about six in 10 voters over all said that the 11th-hour disclosures about each candidate would make no real difference in their vote, but they were more likely to be negatively affected by the revelations about Mr. Trump than by those about Mrs. Clinton. Four in 10 likely voters said Mr. Trump’s behavior toward women made them less likely to support him while fewer, one-third, said the newest development in the F.B.I. investigation into Mrs. Clinton’s emails had that effect.

Fewer than one in 10 likely voters say they may still change their minds about whom they will support on Tuesday, and both candidates have about equal support among their party’s voters. Political independents, who backed President Obama in 2008 and Mitt Romney, the Republican nominee, in 2012, are currently split.

At this point in the 2012 campaign, Mr. Obama and Mr. Romney were deadlocked in polling averages, and Mr. Obama went on to win the election by a four-point margin.

More results of the Times/CBS poll will be released at 6:30 p.m. Eastern on Thursday.

The nationwide telephone poll was conducted with 1,333 registered voters from Oct. 28 to Nov. 1 on cellphones and landlines. The margin of sampling error is plus or minus 3 percentage points for all voters.