Syria rebels reject Russia’s demand to withdraw from Aleppo. “Out of the question” ! 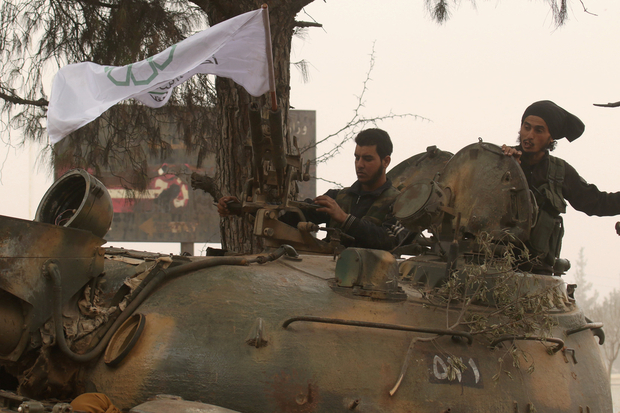 Syrian rebels on Wednesday rejected Russian demands that they withdraw from Aleppo by Friday evening, an official in one insurgent faction said.

“This is completely out of the question. We will not give up the city of Aleppo to the Russians and we won’t surrender,” Zakaria Malahifji of the Fastaqim rebel group told Reuters.

Russia’s defense ministry said rebels and civilians would be allowed to leave the eastern opposition-held part of Aleppo and signaled it would extend a moratorium on air strikes inside the city.

However, Malahifji said there were no safe exit corridors, as Russia had stated. 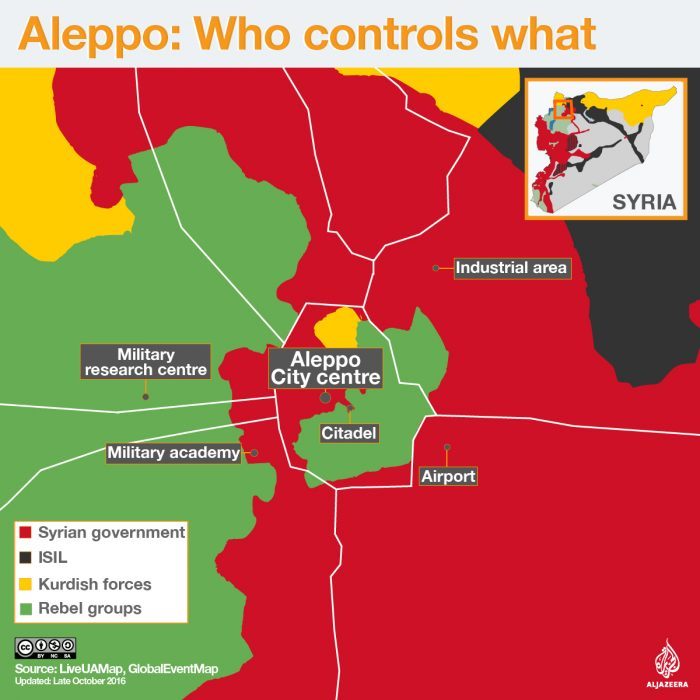 Aleppo has been hit by some of the worst violence in Syria’s long-running conflict, turning the once-bustling economic hub into a divided and bombed-out symbol of the war.

At the moment, Aleppo’s frontline runs through the heart of the city, dividing rebels in the east from government forces in the west.

Humanitarian pauses in the past have been largely unsuccessful, both in getting aid into eastern Aleppo and getting residents out of the city

Fighters launched a major assault on Friday, backed by car bombs and salvos of rockets, to break through government lines and reach the 250,000 people besieged in Aleppo’s east.

Since then, opposition factions have amassed on Aleppo’s western outskirts in a bid to end Bashar al-Assad government’s three-month encirclement of the city’s eastern districts.

Russia and the Syrian government say they halted air attacks on Aleppo on October 18.

Western governments had alleged that the strikes had been killing civilians in large numbers.