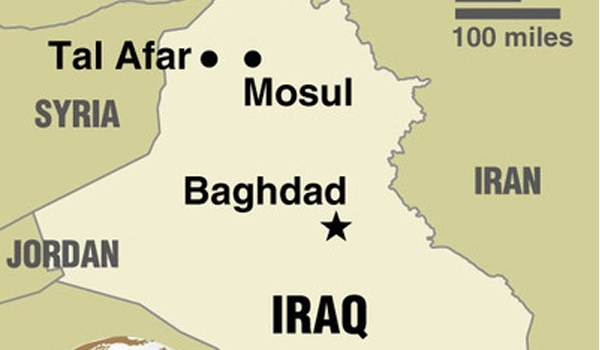 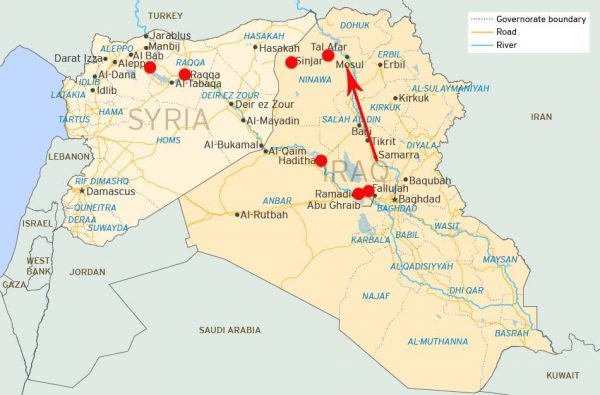 Iraq’s state-sanctioned Shiite militias said Sunday that some 5,000 fighters have joined their push to encircle the country’s second-largest city of Mosul and cut off Islamic State fighters there.

Karim al-Nuri of the umbrella group for the militias, known as the Popular Mobilization Units, and Jaafar al-Husseini, a spokesman for unit member the Hezbollah Brigades, said that a total of some 15,000 Shiite fighters were participating in the battle.

The Iraqi military confirmed the figures, which, including army units, militarized police, and special forces bring the total number of anti-IS fighters in the offensive to over 40,000.

The involvement of the Iranian-backed Shiite militias has raised concerns that the battle for Mosul, a Sunni-majority city, could aggravate sectarian tensions. Rights groups have accused the militias of abuses against civilians in other Sunni areas retaken from IS, accusations the militia leaders deny.

Just as the Shiite reinforcements were announced, Turkey’s president warned that his government will be closely monitoring their behavior and seek to safeguard the rights of ethnic Turkmens in Iraq.

In statements carried by state-run Anadolu agency, Recep Tayyip Erdogan told reporters that the militia group, known in Arabic as Hashd al-Shaabi, could prompt a Turkish response if it “terrorizes” the Iraqi-Turkmen town of Tel Afar, where it is headed in its push around Mosul.

“Tel Afar is an entirely Turkmen town. If Hashd al-Shaabi starts terrorizing it, then our response will certainly be different,” Erdogan said.

The use of government-backed Shiite militias is a sensitive issue in the ongoing battle to retake Mosul from IS. Militia commanders have said their forces will not enter Mosul but will instead focus on surrounding towns like Tel Afar.

Also Sunday, military officials reported that an army helicopter had crashed in the central province of Salahuddin due to a technical malfunction. They said that the two pilots of the helicopter, which went down the previous evening, were missing. They spoke on condition of anonymity because they weren’t authorized to brief reporters.