Aoun meets with Patriarch Rai after securing the support of Hariri, Hezbollah 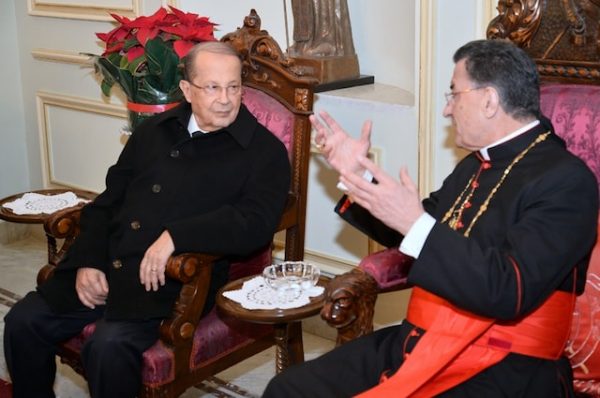 Aoun informed  Rai of the latest developments including details of his meetings with Saad Hariri and Hezbollah Secretary General Hassan Nasrallah.

The general expressed great confidence in the success of the Parliamentary   session scheduled for 31 October and is almost certain to guarantee the country a president after two years, the report added

Rai expressed his “satisfaction” to finally see what he has always asked for: “that the parliamentary groups could agree on the election of a president in response to the expectations of the people.”