Wear a veil or be French: Hollande shocks with views on Muslims 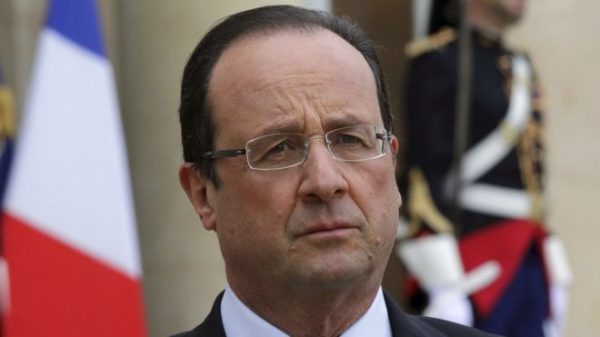 The French president’s candid remarks on the sensitive issue of Islam, part of a wide-ranging collection of interviews that also touch on his troubled private life, have triggered a frenzy on both sides of the political divide.

A 672-page doorstopper of a book, “A President Should Not Say That” is the result of a staggering 61 private interviews François Hollande granted to investigative journalists Gérard Davet and Fabrice Lhomme throughout his term in office.

The book is due out on Thursday, but critics have already seized on extracts leaked to the press to round on the unpopular French president – accusing him at once of Islamophobia and “appeasement” to Islam, a hot-button issue in the run-up to next year’s presidential election.

One phrase from Hollande has attracted particular scrutiny from right-wing commentators: “The veiled woman of today will be the Marianne of tomorrow”. This refers to the cherished figure of a woman bearing a tri-colour who symbolises the staunchly secular French Republic.

Bruno Lemaire, one of several candidates vying for the conservative ticket in next year’s presidential election, responded furiously: “Tomorrow like yesterday, Marianne will never be veiled!”

Brigitte Kuster, a spokesperson for the opposition conservative Les Républicains party [formerly UMP], said Hollande “would be well advised to clarify his position” because “such a phrase endangers the Republic he is supposed to defend”.

The ‘problem’ with Islam

In fact, the French president does clarify his stance only a few lines below, using language that has also upset the left.

“If we give [the Muslim woman] the possibility to fulfill herself, she will free herself from her veil and become a Frenchwoman, while continuing to be religious if she so wishes,” Hollande is quoted as saying.

Stating that a Muslim woman would “prefer freedom to enslavement”, Hollande adds: “She may see the veil as a protection, but tomorrow she will no longer need it to feel reassured about her role in society.”

On the politically toxic subject of immigration, the French president goes on to acknowledge that “there have been too many arrivals, too much immigration” – and that an aggressive form of Islam constitutes a “problem” for France.

Refuting the notion that Islam inherently constitutes a “dangerous religion”, Hollande is quoted as saying that the problem with France’s second-largest faith is that it “wants to assert itself as a religion within the Republic” – by which he appears to imply that Islam threatens to subvert the Republican principle of a strict separation between church and state.

Secular France’s sometimes troubled relationship with its large Muslim population – estimated at 7.5 million by the Pew Research Center – has emerged as the dominant theme of the campaign for the presidency.

Questions of immigration, national identity and the fight against homegrown Islamist terrorism have monopolised the debate between candidates vying for the conservative nomination, including former president Nicolas Sarkozy.

The man whom Hollande defeated in 2012 is one of the protagonists of “A President Should Not Say That,” and is ridiculed as a “little [Charles] de Gaulle” and a “Duracell bunny, always flapping about”.

The book sheds light on the Socialist president’s obsessive aversion to his predecessor, whose “vulgarity, meanness and cynicism” he abhors. Even the bathroom of the Elysée Palace, which Sarkozy and Carla Bruni redecorated, is derided for being “hideous”.

But when asked whether he would vote for Sarkozy should he qualify for a presidential run-off alongside far-right leader Marine Le Pen, Hollande said he would have no qualms about casting his ballot for the mainstream right – as he did in 2002 when Jacques Chirac, the conservative candidate at the time, faced Le Pen’s father Jean-Marie.

The shadow of Sarkozy hovers over the chapters on Hollande’s tumultuous private life, on which he had previously remained tight-lipped.

Reflecting on the many scandals that rocked his presidency, including the infamous pictures of the French president riding a scooter to visit his then mistress Julie Gayet, Hollande says they only confirmed his suspicions that Sarkozy had packed the presidential palace with spies.

The French president eventually found the chief culprit in his official photographer, who was quietly dismissed after pictures of Hollande entertaining Gayet on a balcony at the Elysée were leaked to the tabloids.

The French president has tender words for his former partner and current Environment Minister Ségolène Royal, with whom he fathered four children, saying: “She is the one I am closest to.”

He describes his dramatic break-up with his following partner, journalist Valérie Trierweiler, as the “worst personal moment” of his presidency, revealing that Trierweiler’s obsessive jealousy of Royal – which saw her tweet her support for a rival candidate in parliamentary elections that Royal subsequently lost – had severely troubled the start of his term in office.

The French president says he hasn’t read the kiss-and-tell book Trierweiler published after their breakup, in which she portrayed him as a cold and calculating man whose cheating drove her to ingest a large quantity of sleeping pills.

But he said her claim that he despises the poor and once referred to them as “the toothless” was a lie, calling it an “odious betrayal”.

Asked whether he ever intends to officialise his current relationship with Gayet, Hollande – who is yet to officially declare whether he will seek re-election next year – let slip that he wouldn’t as long as he remains president, “including during my second term”.