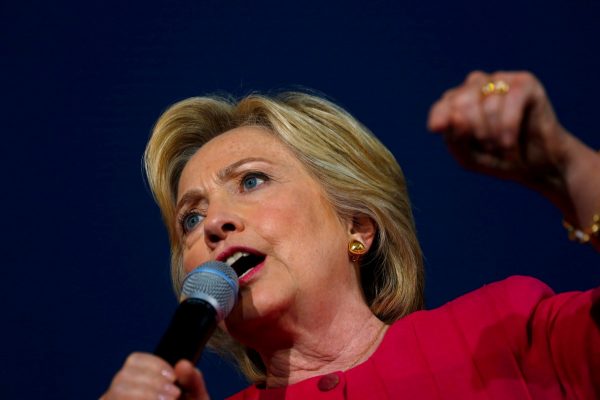 U.S. presidential candidate from the Democratic Party Hillary Clinton has accused the Russian Federation of war crimes in Syria.

“I do support the effort to investigate for crimes, war crimes committed by the Syrians and the Russians and try to hold them accountable,” Clinton said during the second round of the debate with Republican presidential candidate Donald Trump.

“The situation in Syria is catastrophic. And every day that goes by, we see the results of the regime by Assad in partnership with the Iranians on the ground, the Russians in the air, bombarding places, in particular Aleppo, where there are hundreds of thousands of people, probably about 250,000 still left,” she stressed.

Read also France to call for war crimes probe against Russia over Syria “And there is a determined effort by the Russian air force to destroy Aleppo in order to eliminate the last of the Syrian rebels who are really holding out against the Assad regime.”

“Russia hasn’t paid any attention to ISIS. They’re interested in keeping Assad in power. When I was secretary of state, I advocated and I advocate today a no-fly zone and safe zones,” Clinton said. “We need some leverage with the Russians, because they are not going to come to the negotiating table for a diplomatic resolution, unless there is some leverage over them. And we have to work more closely with our partners and allies on the ground.”