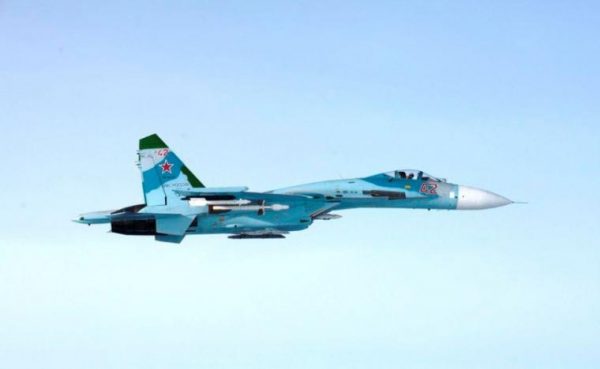 Finland and Estonia accused Russia on Friday of violating their airspace, as Nordic and Baltic defence chiefs met their US counterpart to discuss growing security concerns in the region. “Russian SU-27 violates Estonia’s airspace. (Russian) ambassador summoned to (the foreign ministry in Tallinn),” Estonia’s permanent representation to Nato tweeted.

Finland, which is not a Nato member, said two Russian SU-27 fighter jets flew on separate occasions on Thursday into the Finnish airspace south of the coastal town of Porvoo. Moscow promptly denied Finland’s accusations. “A Sukhoi-27 jet .. performed a scheduled training mission over the neutral waters of the Gulf of Finland on October 6, 2016, and did not deflect from the designated flight path,” the Russian defence ministry said in a press release. The alleged airspace violations took place during the visit of Robert Work, US Deputy Secretary of Defence, as he met with his Nordic and Baltic counterparts in Helsinki.

“The only thing I can say is that these are becoming more a norm rather than the exception… I wouldn’t want to speculate on the timing,” Work told reporters. “These are unsatisfactory manoeuvres that are unsafe and unprofessional,” he added. The Nordic and Baltic region’s only non-aligned countries, Finland and Sweden, have stepped up their military cooperation with US, following concerns over Russia’s increased military activity in northern Europe.

Finland and the US on Friday signed a bilateral “statement of intent” to “deepen and increase the practical cooperation and collaboration”, after a similar deal between Sweden and US was signed in June. Russia has warned against Sweden and Finland joining Nato, an issue that is being debated in both countries. “The statement of intent which we signed today is another indication of how (close) we are becoming, both with Finland and with Sweden and all of the other nations in the region, those in Nato,” Work said. Finland’s defence minister Jussi Niinisto described the airspace violations as “exceptional”. “It is undisputably exceptional that two airspace violations take place within 24 hours,” he told the Finnish public broadcaster YLE.