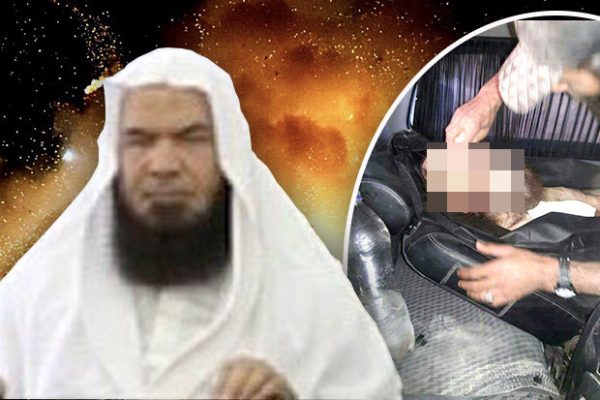 Abu al Faraj al Masri who was killed in US drone strike
Share:

The Pentagon has confirmed that an airstrike in Syria targeted Abu Faraj al-Masri, a prominent al-Qaeda member who also formed part of the leadership of the Syrian rebel group formerly known as the al-Nusra Front.

“U.S. forces conducted an airstrike today near Idlib, Syria, targeting Egyptian national Abu al-Faraj al-Masri, aka Ahmad Salamah Mabruk, one of Al Qaeda in Syria’s most senior leaders and a legacy al-Qaeda terrorist who previously had ties to Osama bin Laden,” said Peter Cook, the Pentagon press secretary in a statement released Monday night. “We are still assessing the results of the strike.”

“His death, if confirmed, would disrupt and degrade coordination among senior AQ leaders and extremists,” said Cook. “The United States military will continue to target Al Qaeda leaders to disrupt their operations and counter the threat posed by this terrorist group.”

Earlier Monday Jabhat Fateh al-Sham had confirmed on social media that the Egyptian-born Abu al-Faraj al-Masri, who was a member of the group’s Shura Council, had been killed in a drone strike in Idlib Province in western Syria.

A U.S. official confirmed that the strike targeting al-Masri was carried out by a drone aircraft.

Al Masri was one of three al-Nusra Front leaders seen in a video released by the group in July where it announced that its name was being changed to Jabhat Fateh al-Sham and that it was severing ties to the parent Qaeda organization.

The United States designated Jabhat Fateh al-Sham as a terrorist organization shortly after the name change which officials labeled as a ploy to deflect American and Russian airstrikes.

Earlier on Monday, Pentagon spokesman Captain Jeff Davis told reporters that a leader of core al-Qaeda had been targeted in Syria, but declined to provide details until an assessment of the strike’s success was conducted. Core al Qaeda is the term used to describe the terrorist group founded by Osama bin Laden and now headed by Ayman al-Zawahiri that continues to operate in the tribal region of Pakistan.

Davis said there has been a resurgence of al-Qaeda in Syria, particularly through its onetime Syrian affiliate al-Nusra Front, which has been a key Islamist rebel group in the Syrian civil war. He described Jabhat Fateh al-Sham as still having ties to al Qaeda.

Cook’s statement referred to al-Masri as being of al Qaeda in Syria’s senior leaders, a reference to how the United States continues to see the group as tied to al Qaeda.


Another group of al-Qaeda members known as the Khorasan Group has moved from the Afghanistan-Pakistan tribal region to Syria to work with al-Nusra Front to plan high-profile terrorist attacks. These groups were targeted by U.S. airstrikes in a campaign separate from the one targeting ISIS.

In one of al-Masri’s last public appearances, he was alongside former al-Nusra leader Abu Mohamad al-Jolani when the group announced in July it was renaming itself Jabhat Fateh al Sham as it split from Al-Qaeda.

Al-Masri spent years in prison in his native Egypt on charges of plotting with fundamentalist Islamist groups and later left for Afghanistan, where he joined al-Qaida.

The 60-year-old had been one of the leading companions of al-Qaida leader Ayman al-Zawahri in Afghanistan in the late 1980s, according to a jihadist source.

Al-Masri was one of the early leaders of the radical militant Egyptian Islamic Jihad movement.
He was arrested after the assassination of Egyptian President Anwar Sadat in 1981 and spent seven years in prison.

Al-Masri was also held secretly under a CIA rendition scheme after his arrest in Azerbaijan in 1998.

The source said that like some other jihadists, he came to Syria to join the al-Nusra Front after being freed from an Egyptian prison during the rule of President Mohamed Mursi, an Islamist toppled by the military in 2013 after mass protests against his rule.
BBC/Agencies/YL