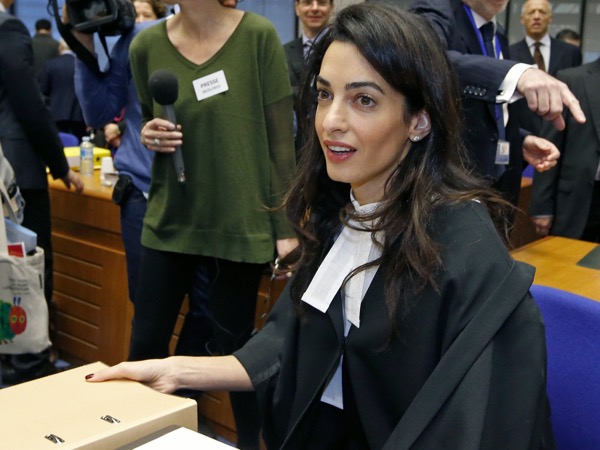 Renowned Lebanese-British human rights lawyer Amal Clooney has said that if Syrian President Bashar Assad is prosecuted for war crimes, she wants to be on the team.

Amal, who is married to actor George Clooney, has done work in the past advocating for Yazidi women, a religious minority in the Middle East that has been subjected to genocide at the hands of the terrorist group ISIS.

“If there is a prosecution of President Assad I would be delighted to work on it,” Amal told Channel 4 News.

“I think the UN has concluded that the Syrian government has committed crimes against humanity and war crimes. They are not the only ones, there are other actors who have committed the same crimes. But I think there’s little doubt that that’s what we’re dealing with.”

Assad and the Syrian Army have been accused of various war crimes, including using chemical weapons against civilians and dropping barrel bombs indiscriminately.

It’s unclear if an international criminal court will prosecute him for his alleged crimes.