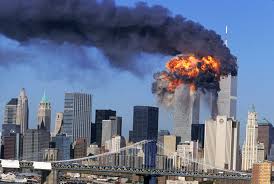 For the 15th anniversary of the September 11 attacks in the United States, a French polling firm conducted a survey to gauge the impact of conspiracy theories among the French.

The main finding? According to polling firm Odoxa, the majority of French people believe that the full story of that day has yet to be revealed to the public.

Two thirds of those surveyed believe that key information has been hidden. That number gets higher the younger the respondents are, peaking with those under 25, 75 percent of whom believe facts are being withheld, as opposed to only 55 percent of those over 65.

The hijackers of the planes were identified as being linked to al Qaeda, but 45 percent of French people think that we still don’t know who was behind the attacks.

One of the most persistent conspiracy theories is that the Bush administration was somehow complicit in the attacks, to justify going to war in Iraq and Afghanistan, a belief held by 28 percent of those questioned in the poll.

That conviction is stronger among the less educated, being held by 31 percent of those who have a high school education or less, and also among those between 25 and 34 years old, 37 percent of whom hold that belief.

Over 1,000 people over the age of 18 were questioned in the online poll. The sample was diversified according to age, sex, profession and region. The margin of error is 2.5 percent, according to the authors of the survey.

THE THEORY: Skeptics say that American Airlines Flight 11 and United Airlines Flight 175 — the planes that smashed into the North and South towers of the World Trade Center complex in New York City — wouldn’t have been able to produce enough heat to melt the steel beams that made up the skeletons of the buildings. The fuel in the jets simply doesn’t burn at a high enough temperature for the beams to collapse, they say, so some other weapon (say, planned explosions or military grade missiles) was used.

THE FACTS: Well, yeah, it’s true that jet fuel doesn’t actually burn at the temperature necessary to melt steel. Jet fuel burns between 800 and 1,500 degrees Fahrenheit. Steel melts at 2,750 degrees Fahrenheit. But, let’s be real: You don’t need to literally melt something for its structural integrity to be damaged.

Steel loses about 50 percent of its strength at 1,100 degrees Fahrenheit, Farid Alfawak-hiri, a senior engineer at the American Institute of Steel Construction, has told Popular Mechanics. At 1,800 degrees it likely has less than 10 percent of the original strength. It is likely that a good amount of spray-on fireproofing insulation would have been knocked off of the beams when the jets crashed, leaving more steel exposed and vulnerable. Plus, the fuel wasn’t the only thing burning — the resulting inferno would have been fed by combustible material in the offices including rugs, paper, furniture and curtains (the National Institute of Standards and Technology estimate that some parts of the fire reached 1,832 degrees Fahrenheit).

THE THEORY: American Airlines Flight 77 left behind a 75 foot and 12 foot hole and skeptics say there’s no way that a 125-foot-jet made such small dents in the building. And, they wonder, where is all the debris from the crash anyway?

THE FACTS: Well, there was debris.

“It was absolutely a plane, and I’ll tell you why,” Allyn E. Kilsheimer, a structural engineer who was the first to arrive after the attack has said. “I saw the marks of the plane wing on the face of the building. I picked up parts of the plane with the airline markings on them. I held in my hand the tail section of the plane, and I found the black box … I held parts of uniforms from crew members in my hands, including body parts. Okay?”

The debris even helps explain that hole. One of the wings hit the ground instead of going through the building and the other was torn off from the force of impact because, as structural engineering expert at Purdue University Mete Sozen has said, “A crashing jet doesn’t punch a cartoon-like outline of itself into a reinforced concrete building. What was left of the plane flowed into the structure in a state closer to liquid than a solid mass.”

The 12-foot hole was reported to have come from the plane’s landing gear.

THE THEORY: A lot has been said about the plane that went down near Shanksville, Pennsylvania on its way to hit the White House and the two most prominent theories basically contradict one another. The first is that the Air Force was ordered to stand down even after the hijacking was confirmed and, as a result, no fighter jets were put in the air to take down the plane (or any of the other three, either). Another claim is that the U.S. military actually shot down Flight 93 and eyewitness accounts from the area say that a white plane was seen flying in that area.

THE FACTS: In reality, two F-15s and three F-16s were scrambled after the planes were reported missing or hijacked that morning (out of just 14 fighter jets on alert in the lower 48 states that day). But there was a problem for them: The hijacked planes were nowhere to be found. The hijackers turned off the transponders, making it almost impossible to figure out where they were. Radar at the time didn’t cover the United States internally.

And, as for that second plane, yes, there was another jet. It was a corporate plane that was actually contacted by the Federal Aviation Administration as it was descending to land and asked to do a fly-by to see what had happened with the downed Flight 93. The co-pilot of that marketing jet has confirmed this account.