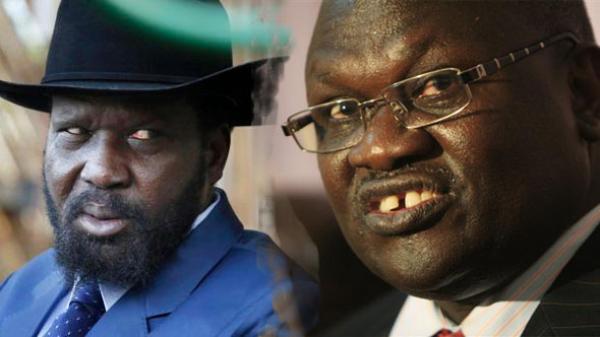 South Sudan opposition leader, Riek Machar, is in Khartoum for medical treatment, a Sudanese minister told the state news agency SUNA on Tuesday, after he left the country to escape government forces.

President Salva Kiir sacked Machar from his post as vice president after renewed fighting in South Sudan’s capital Juba last month between forces loyal to the long-time rivals. The clashes forced tens of thousands of people to flee.

Machar withdrew to the bush during the fighting in Juba and was picked up this month by U.N. peacekeepers in Democratic Republic of Congo with a leg injury. His spokesman earlier said Machar had left South Sudan to evade Kiir’s forces and had said his injury was not serious enough to require medical attention.

However, on Tuesday, Sudan said he was receiving treatment.

“Dr. Riek Machar’s health is stable currently and he will remain in the country under comprehensive healthcare until he leaves to a destination of his choice to complete his treatment,” he added.

Machar’s spokesman in Nairobi, James Gatdet Dak, could not immediately confirm he had traveled to Khartoum. He said Machar’s original plan had been to travel to Addis Ababa, which has previously hosted South Sudan’s troubled peace process.

Machar and Kiir have long been rivals, even before South Sudan’s independence in 2011 when they were both commanders in the SPLA force that fought Sudan’s Khartoum-based government.

Machar, at one point in the two-decade-long conflict, led a splinter group that signed a unilateral peace deal with the Khartoum government in 1997 that give him an official post in Sudan. Sudan’s government and the SPLA finally signed a peace deal in 2005, which led to South Sudan’s independence in 2011.

But by December 2013, the political rivalry between Kiir, an ethnic Dinka, and Machar, a Nuer, had again boiled over into a civil conflict, which often followed ethnic lines.

The two men signed a peace deal in August 2015. Under that deal, Machar returned to Juba in April to resume his role as vice president. But fighting flared last month and he was then sacked.

During a visit to Kenya, U.S. Secretary of State John Kerry urged South Sudan’s leaders to “get the job done” by fully implementing the peace deal or face a U.N. arms embargo and sanctions.

The U.N. Security Council voted on Friday to authorize sending an extra 4,000 troops to the country to bolster the existing U.N. mission, which South Sudan said it was considering.