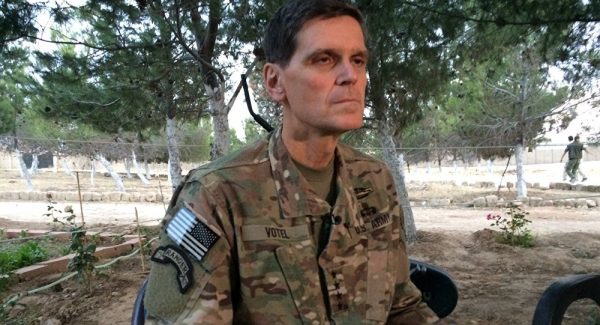 During his meetings with the Lebanese military officials, Votel reaffirmed the Lebanese-American partnership in countering the threat of terrorism and reiterated the United States’ long-term commitment to supporting the country’s military in its role as the sole defender of Lebanon, the statement noted.

“The LAF continue to do an extraordinary job in confronting extremist threats arising from across the Syrian border. The Force has demonstrated to enemies and friends alike that they are strong, fully capable of defending Lebanon’s borders,” Votel said according to the statement.

The United States has provided more than $1.4 billion dollars in security assistance to the Lebanese military since 2005, including $50 million in Humvee vehicles, weapons and ammunition delivered earlier in August at the Beirut Port, Votel noted.

Lebanon is the fifth-largest recipient of US military financing in the world. Washington has provided more than $221 million in weapons and training to the Lebanese security forces so far in 2016, according to the US embassy in Beirut.