Syria regime flies jets over Hasakeh despite US warning 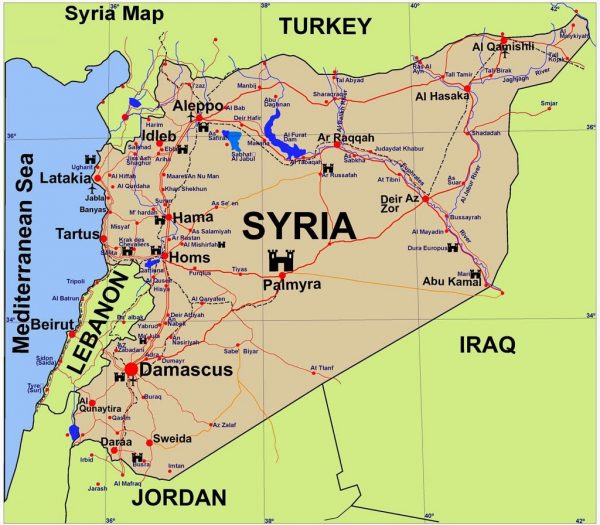 Syrian government warplanes were again in the air over the mainly Kurdish-held city of Hasakeh early Saturday despite a US warning against any new strikes that might endanger its military advisers, a monitor said.

It was not immediately clear whether the aircraft, which were in the skies throughout the night, had carried out any bombing runs as there were heavy artillery exchanges on the ground, the Syrian Observatory for Human Rights said.

Deadly clashes erupted between pro-government militia and the US-backed Kurdish forces on Wednesday. The following day, the regime launched its first ever air strikes against the Kurds.

The unprecedented strikes against six Kurdish positions in the northeastern city prompted the US-led coalition to scramble aircraft to protect US special operations forces advisers deployed with the Kurdish forces.

It was the first time the coalition had confirmed deploying warplanes against the Syrian air force.

Pentagon spokesman Captain Jeff Davis warned that “the Syrian regime would be well-advised not to do things that place them (coalition forces) at risk.”

The Observatory said there was no let-up in the fighting on the ground which has left 39 people dead since Wednesday, 23 of them civilians, including nine children.

“There were heavy clashes, artillery fire and rocket attacks throughout the night and ongoing in the morning,” Observatory head Rami Abdel Rahman told AFP.

Around two-thirds of Hasakeh is controlled by Kurdish forces, but the rest is in the hands of pro-government militia.

The regime and Kurdish forces share a common enemy in the Islamic State jihadist group, which controls most of the Euphrates valley to the south, but there have been tensions between them in Hasakeh that have sometimes led to clashes.

The Pentagon said no coalition casualties were reported in Thursday’s strikes by two Syrian SU-24s, and US special operations advisers had been moved to a safe location.

He said coalition aircraft were now carrying out additional combat patrols in the region.

The Kurdish People’s Protection Units (YPG) are a key US ally in the fight against IS.

Washington regards them as the most effective fighting force on the ground against the jihadists in Syria and has provided them with air cover and military advisers.