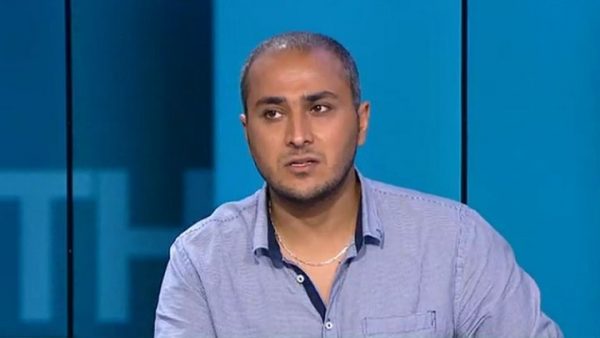 The report, which took nearly a year to complete, uses an interactive digital model to recreate conditions inside the prison complex, bringing to light some of its darkest elements.

“I told them about the violence that I experienced personally, but also about what I saw happen to others,” said Khalil.

“I was burned, I still have the scars on my hands. I was also forced to sit down – doubled over in a tiny space – which is extremely painful for your back. I saw other prisoners have their vertebrae broken like this, and they died as a result.”

The type of violence, the places where it took place and the names of those responsible for torturing prisoners add harrowing details to the report.

Khalil describes being surrounded by death, of “living in a sort of mass grave”.

“There were many experiences that were extremely difficult, extremely violent,” he said.

“I remember the smell of blood, the smell of flesh – since there was no sunlight it was damp all the time and the hygiene conditions were awful, cramped together like that.”

Located around 30 kilometres north of the Syrian capital Damascus, Saydnaya Military Prison is under the jurisdiction of the Syrian Minister of Defence and operated by the military police, although “staff from various intelligence services are also reported to work there”, the Amnesty International report noted.

Amnesty estimates that since the Syrian uprising began in March 2011, more than 17,500 people have died in custody in Syria, making an average rate of more than 300 deaths in custody each month.

“For decades, Syrian government forces have used torture as a means to crush their opponents. Today, it is being carried out as part of a systematic and widespread attack directed against anyone suspected of opposing the government in the civilian population and amounts to crimes against humanity. Those responsible for these heinous crimes must be brought to justice,” said Philip Luther, Director of Amnesty International’s Middle East and North Africa Programme.

The London-based human rights group noted that since the Syrian authorities “show no inclination to put a stop to the culture of impunity” enjoyed by Syrian security forces, the international community must “urgently prioritise the ongoing scandal of detention abuses in Syria”.

But Khalil, like many Syrians, has lost faith in the international community. “Other countries have not really talked about this up until now,” said Khalil. “It’s not been an issue with negotiations in Geneva or anywhere else. The situation in prisons is still horrific.”