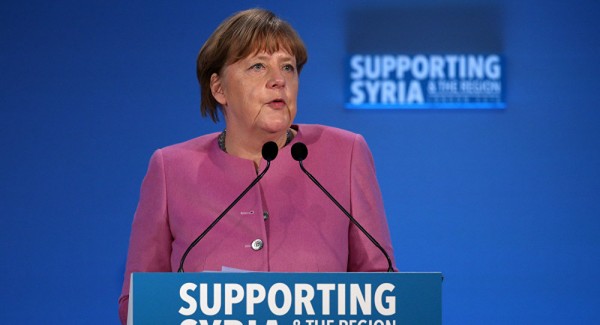 Chancellor Angela Merkel has invited executives from some of Germany’s biggest listed companies to attend a summit next month where she will urge them to hire more refugees, the newspaper Bild reported on Saturday.

More than one million migrants flooded into Germany last year, and the government wants to get as many as possible into the job market, which would reduce their dependence on the state and compensate for labor shortages as the workforce ages.

Merkel will push reluctant German companies to offer more traineeships and position to refugees, Bild reported. Large companies have been criticized for doing little to help integrate the refugees into the thriving job market.

Companies say most of the new arrivals lack the German language skills and the education required for a job.

Merkel’s office declined to confirm Bild’s report, which said the meeting at the chancellery will take place Sept. 14.

The Frankfurter Allgemeine Zeitung reported a month ago that the 30 biggest DAX-listed companies had until June employed only 54 refugees, including 50 who were hired by logistics provider Deutsche Post .

Vice Chancellor Sigmar Gabriel last month urged large companies to do more for refugees, saying their efforts pale in comparison to the Mittelstand, the small and medium-size companies considered the backbone of Europe’s biggest economy.