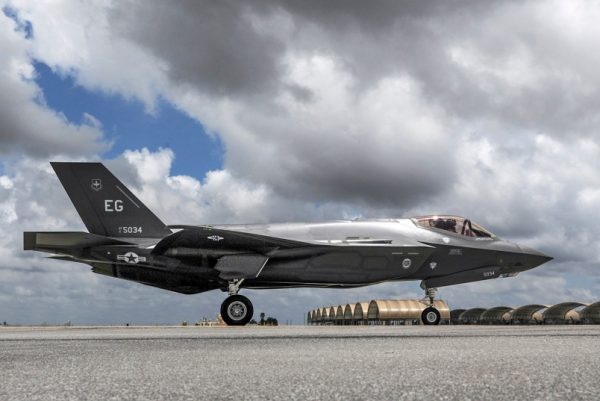 On July 26, Israeli fighter aircraft model F-35, “Stealth,” took off on its maiden flight and successfully passed an examination of its overall system. The traditional rollout ceremony of the aircraft had been held June 22 with the participation of Israeli Defense Minister Avigdor Liberman. The arrival of the first planes to Israel is planned for December.

The Israeli air force will be the first air force outside the United States with an operational Stealth squadron. In the United States, the Navy has already made the F-35 serviceable and announced its Initial Operating Capability status.

The timing of the arrival of the Stealth aircraft to Israel is especially auspicious. A high-level Israeli military figure told Al-Monitor last week on condition of anonymity, “Batteries of surface-to-air S-300 missiles produced by Russia have already reached Iran.” He added, “Although they are not yet operational, we expect them to become operational in the near future.”

The arrival of the F-35 to Israel — simultaneously with the supply of S-300 missiles from Russia to Iran — preserves Israel’s qualitative edge over Middle East skies. “In most cases, the F-35 is able to elude the radar of the S-300,” a high-placed military source told Al-Monitor on condition of anonymity. “This is a big challenge for us, but we are up to it. The Stealth [aircraft] was built for exactly this purpose and will give us freedom of movement even against this new development.”

The Israel Defense Forces (IDF) in general and the air force in particular are more concerned with the possibility that some of the S-300s — missiles that cover a territory of more than 300 kilometers (186 miles) each — will find their way from Iran to Syria or Lebanon. “Such a scenario would pose a major strategic change for us,” said a senior Israeli military source on condition of anonymity. He told Al-Monitor, “We will do everything possible to avert this.” There is also the worry that the Iranians will learn the system, try to produce it by themselves and then transfer the know-how to Hezbollah or Syrian President Bashar al-Assad. Israel is hoping that this will not happen, according to AL Monitor report
One way or another, the Israeli air force is waiting impatiently and excitedly for the new Stealth aircraft, the report added .

“This plane will upgrade the entire air force by a complete technological generation,” said a senior IDF source. He told Al-Monitor on condition of anonymity, “This is a transition from fourth-generation fighter jets to fifth-generation, and even more than that. Missions that we carried out to date with a double-digit number of planes will be able to be executed with a low single-digit number of planes.”

US Gen. Hawk Carlisle, commander of Air Combat Command, announced on Tuesday that the” Air Force F-35A Joint Strike Fighter is now operational and ready for combat”
The F-35 is a fifth-generation stealth fighter that the US military is counting on to replace its aging fleet of fighter jets and provide advanced electronic warfare, air-to-ground and air-to-air combat capabilities.

Carlisle said Tuesday that the Air Force’s version had met all the criteria to reach “initial operational capability,” including its ability to destroy enemy air defenses in a contested environment. He said the service has the pilots, maintainers and logistics ready to support an operational squadron of 12-24 aircraft.

“The F-35A will be the most dominant aircraft in our inventory, because it can go where our legacy aircraft cannot and provide the capabilities our commanders need on the modern battlefield,” Carlisle said.

In all, the services plan to field 2,457 of the new jets to eventually replace their aging workhorses, including the Air Force’s F-16 and A-10 jets, the Marines AV-8 Harriers and the Navy and Marine’s fleet of F/A-18 Hornet and Super Hornet fighters.

But, strangely enough during the announcement Tuesday, Carlisle said the F-35 was not being deployed to the Middle East in the near future. His statement came despite reports that Israel will gets its firs F35 plane in December .
The plane costs over 100 million each and Israel intends to get 100. This is a whopping $10 billion .

And the Middle East arms race continues, while the wars in several areas are still going on with no end in sight .

The Lockheed Martin F-35 , a $1.5 trillion 20-year program, has faced significant criticism over the years for missing production deadlines, for cost overruns and questions on whether it will actually provide a reliable replacement to the aircraft wearing out faster than expected due to their heavy and non-stop deployments against the Islamic State group.

The U.S. Air Force is reportedly planning to buy the bulk of the new jets, a total of 1,736 , according to analysis of congressional budget documents by the Project on Government Oversight.