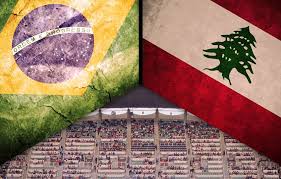 Members of the Lebanese delegation to the 2016 Olympic Games refused to travel on the same bus as their Israeli counterparts in Rio on Friday, according to a report from Israel , with some attempting to block athletes from entering the vehicle, according to a report by an Israeli trainer who claimed to have witnessed the scene.

“I kept on insisting that we board the bus and said that if the Lebanese did not want to board as well they are welcome to leave,” Udi Gal, the Israeli sailing team trainer, wrote in a Facebook post Friday.

“The bus driver opened the door, but this time the head of the Lebanese delegation blocked the aisle and entrance. The organizers wanted to avoid an international and physical incident and sent us away to a different bus.”

So far, no official response on behalf of the delegations was given regarding the incident. The Olympic organizing committee has not yet offered any statement about the incident either, the report added.

The connections between Brazil and Lebanon go deep despite geographic distance. And when the 2016 Olympic Games in Brazil kick off Aug. 5, a Lebanon-born and Brazil-raised athlete, the judo practitioner Nacif Elias, he was Lebanon’s flag bearer at the opening ceremony.

“I wish to get the historical medal for Lebanon. I am ready for that,” Elias told Al-Monitor.

And with a string of victories leading up to the games, all eyes will be on the star Lebanese judoka.

Elias was part of a wave of Lebanese immigrants that began coming to Brazil in the late 19th century and continued into modern times. Some 7-10 million Brazilians are of full or partial Lebanese ancestry, according to Brazil’s Ministry of Foreign Affairs, while the entire Lebanese population is just over 4 million.
Perhaps it’s fitting that a member of the Lebanese diaspora will be the Middle Eastern nation’s flag bearer at the games, as it’s believed this group is larger than the population of Lebanon itself. No matter how far they stray from their country, Lebanon’s motto of “all of us, for the homeland!” rings true for many Lebanese abroad.

The 27-year-old Elias moved to Vitória, Espírito Santo, a small island just off Brazil’s southeastern coast, with his family when he was a child. Elias played for his adopted country until 2013, when he switched to Lebanon.

It’s common for Olympic athletes to switch countries in search of greater chances to qualify for international tournaments. But for Elias, the decision was personal and somewhat different in that he had been eligible for dual nationality since long before his judo career began.

“I switched because I love Lebanon and Lebanon is my country of origin. And the Lebanese Judo Federation, especially Francois Saade, support me so much,” Elias said.