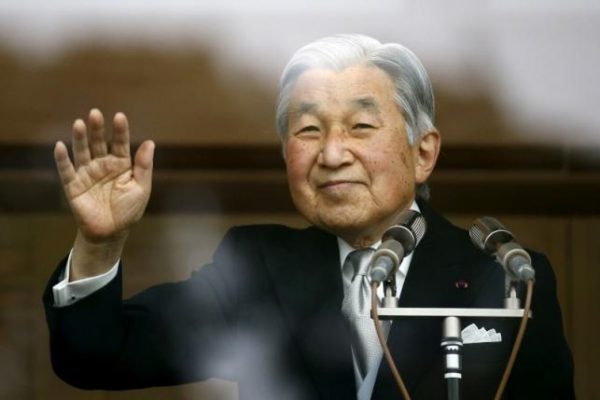 Reports that Japanese Emperor Akihito intends to abdicate within a few years could re-open debate about female succession, but any such move is likely to provoke strong opposition within the current conservative ruling party.

The 82-year-old monarch, who has had heart surgery and been treated for prostate cancer in recent years, expressed his intention to abdicate in a few years to the Imperial Household Agency, public broadcaster NHK said on Wednesday.

No reason was cited and agency officials later denied the earlier reports.

Prime Minister Shinzo Abe and other officials on Thursday declined to comment, but Akihito has been cutting back on official duties recently.

His place has been taken by his heir, 56-year-old Crown Prince Naruhito. But Naruhito has only one daughter, so since only males can inherit the Chrysanthemum Throne, the throne after Naruhito would pass to nine-year-old nephew Hisahito.

No Japanese emperor has abdicated since 1817 and the Imperial Household Law governing the royal family system would have to be revised to allow this, a process requiring parliamentary debate that could take years and might spill over into other areas, such as female succession.

“This is something that has needed to be fixed,” said Kenneth Ruoff, head of the Center of Japanese Studies at Portland State University, of the laws on abdication.

“When they open up the debate they will have to debate all kinds of things.”

Before Hisahito, no male had been born into the imperial family for more than four decades. This prompted discussion of equal inheritance for women, a move opposed by traditionalists eager to preserve a male line they believe goes back more than 2,000 years.

Most Japanese backed the proposed change and advisors to then Prime Minister Junichiro Koizumi recommended that women be given equal rights to inherit, but debate was shelved when Hisahito was born the next year.

In March, Japanese officials including Prime Minister Shinzo Abe protested when a U.N. committee said it intended to criticize male-only inheritance as discriminatory. They said the U.N. move was “totally inappropriate” and disregarded Japanese history. The committee withdrew its criticism.

Key parts of Abe’s political base want him to steer the nation back towards a traditional ethos including pride in the ancient imperial line.

Given that Hisahito is the only male of his generation and women in the imperial family leave it upon marriage, long-term succession remains far from assured. Proposed solutions include allowing women to remain and set up branch families, but debate has languished.

“There’s only two ways to continue an all-male line. One is to have concubines, which I don’t think the people of Japan would accept … The other would be to have lots of collateral families, which would get complicated,” Ruoff said.

“If they aren’t going to change the law, this will happen again, there won’t be a male heir. Maybe not for one hundred, two hundred years – but why not change the law now?”